Home>CUTTING EDGE>SA data firm BrandsEye gets Trump vote call right where so many others failed
By AT editor - 11 November 2016 at 3:39 am 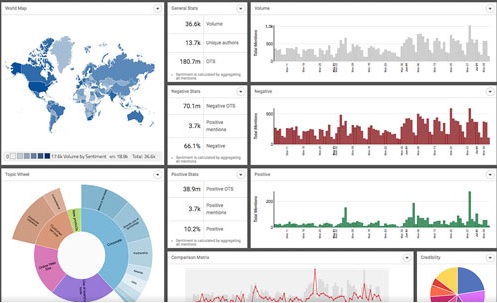 The pollsters, the parties, much of the American population – they all thought American presidential candidate Donald J. Trump would never win. But none of them worked at BrandsEye, a South African data firm that analyzed social media posts to make the right call.

Jean Pierre Kloppers, CEO of the startup, said the company started collecting primarily Twitter data in July 2016, and then analyzed the opinions of 4 million authors and a total 36.7 million social media conversations in the United States.

Those exchanges included candidates’ names and a mention of the U.S. election first, and then the BrandsEye algorithms got to work identifying what states their senders lived in. With the geolocation data they were able to focus on America’s all-important battleground states, each with their unique political histories and characteristics that determine the U.S. outcome.

Yet machines alone can’t yet read nuance or intent behind words, so BrandsEye crowdsourced the project with contributors around the world.

“Social media is rife with sarcasm, implied and hidden meanings, abbreviated phrases, swearing, innuendo and a host of other complications,” Kloppers said in a statement. “Reading humor is certainly beyond the reach of an algorithm.”

Recency matters too, as does spontaneity in predicting a correlation between the messages shared on social media networks and the actual behavior of the voter.

With a team in place that reached accuracy levels in the upper 90-percentile range, BrandsEye was able to discern the pattern of messages supporting candidates at more than 50 percent in those key states. The company included messages right up to the day before – and got the right answer that eluded so many seasoned politicians and pundits still trying to understand what they missed and how they missed it.

In addition to Johannesburg and Cape Town, the company has a presence in Dubai. To learn more, see the BrandsEye website.