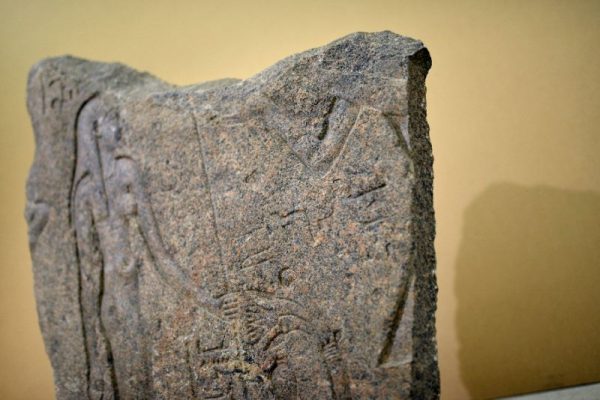 An ancient stele stolen from an Egyptian temple will return to its home, following an investigation into the artifact that began in 2014.

It began when Swiss authorities discovered the stone slab during a customs control inventory in Geneva, where police opened a criminal case into the unknown object’s provenance.

It was turned over to Egyptologist Philippe Collombert at the University of Geneva, according to Agence France Presse. Collombert traced its origin to the ancient Isis temple in the Nile River delta. The engraved slab had been stolen from the temple at the Behbeit El Hagar archaeological site 30 years ago.

The antiquities experts compared photographs taken in the 1970s to more recent ones, and established without a doubt that the object was from Behbeit El Hagar, according to a statement released to news agencies by the Geneva prosecutor’s office.

Egypt claims ownership in perpetuity of all archaeological finds in the nation, regardless of when they were discovered, unless there is a clear record of legal sale or other transfer supporting the holder’s legitimate claim. All objects found in the country since 1983 are considered the property of Egypt, including any illegally excavated finds.

“Despite these laws, stolen treasures continue to find their way into collections around the world, taken or traded illegally and without regard for the historical insights they might offer,” the country’s Ministry of State for Antiquities explains.

Other recovered objects include items stolen in 2002 from the Cairo University Museum in Ma’adi – some of which also went to Switzerland and were voluntarily returned in 2009 – and a Bronze Cat Reliquary at the Cairo Museum that was returned in 2008.