Home>News>Rhino: Questions in South Africa as CITES head praises illegal trade efforts in Vietnam
By AT editor - 14 November 2016 at 5:14 am 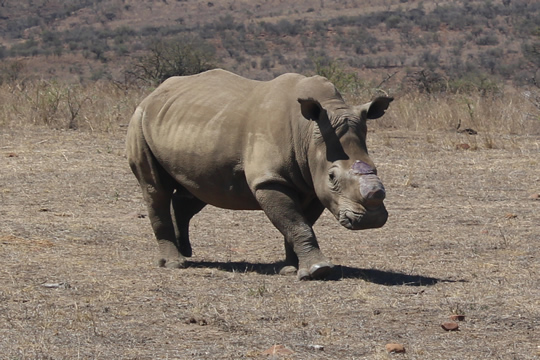 South Africa has the world’s largest rhino population and has seen an alarming trend in illegal trafficking, primarily to Asia, in recent years.

“The destruction of confiscated elephant ivory in Vietnam today will not in itself put an end to the illegal trade in elephant ivory and rhino,” said Scanlon, head of the United Nations entity that oversees the international trade of endangered species.

Destruction of the trafficked goods does ensure that no one profits from the contraband, he said, and sends a powerful message that illegal traders will be held accountable in all states along the supply chain.

Reporters with the Qatar-based news organization secretly interviewed conversations with Chinese men in South Africa. In one case, a man who was facilitating the deal displayed a rhino horn that appeared to be recently harvested. The same man dropped Mahlobo’s name and described their close relationship on camera, displaying on his mobile phone a picture of the two of them together.

The name of the alleged trafficker was not released in Al Jazeera’s report, nor was that of a second man claiming that illegal rhino souvenirs were bought by members of a Chinese delegation that accompanied President Xi Jinping to South Africa a year ago.

The Chinese government did not respond to requests for comment, but Al Jazeera said the shopping trip arranged during the state visit was confirmed by a second source.

Al Jazeera said that Mahlobo – a loyalist to President Jacob Zuma as the South African president faces his own accusations of corruption – has denied any relationship with the Chinese trafficker.