Home>News>Kenya's stance on Dadaab refugees challenged by rights groups
By AT editor - 15 November 2016 at 6:36 pm 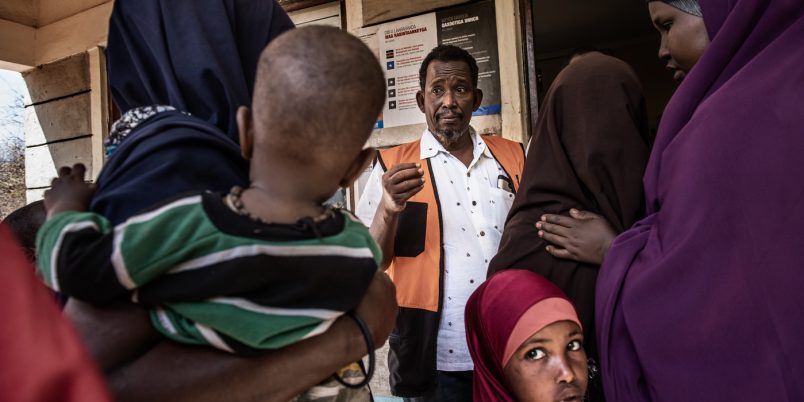 Kenyan government officials are coercing refugees to return to Somalia – and the very risks they’ve tried to flee, the Amnesty International human rights organization said in a report released Tuesday.

More than 280,000 refugees, most of them Somali, live in the Dadaab refugee camp that Kenya announced in May it intends to close. That deadline was set for November 30, as Kenyan President Uhuru Kenyatta has dismissed calls from the global community to keep it open.

Amnesty’s investigation finds that most Somali who are returning feel they are forced to do so.

“The refugees are caught between a rock and a hard place. Kenyan government officials are telling them they must leave by the end of the month or they will be forced to leave without any assistance,” said Michelle Kagari, Amnesty International’s Deputy Director for East Africa, the Horn and the Great Lakes.

“These actions contravene the Kenyan government’s assurances to the international community that it would ensure all refugee repatriations are voluntary and carried out in safety and dignity.”

The report calls on Kenya to reconsider the Dadaab closure decision in the short term, and stop all returns of refugees to Somalia that fail to meet the standard for a voluntary decision.

Many of the refugees have lived at the sprawling Dadaab for years, after fleeing a protracted conflict that has left more than 1.1 million additional internally displaced persons within Somalia’s own borders.

At a time that Somali President Hassan Sheik Mohamud has appealed for humanitarian assistance because of severe drought – as he did on Sunday – the Amnesty report also questions how Somalia will cope with an influx of refugees forcibly repatriated to a country in dire need of resources.

A Human Rights Watch report in September found evidence that led to similar conclusions about Kenya’s coercive stance. That report was condemned by Kenyan officials who called it malicious and baseless.

They included Kenyan Interior Ministry Spokesman Mwenda Njoka, who denied allegations that refugees are being coerced into returning to Somalia and told Capital FM News in Nairobi that the report was full of falsehoods designed to raise more donor funds.