Home>News>Tornado, flooding continue to batter a stormy South Africa
By AT editor - 16 November 2016 at 3:41 am 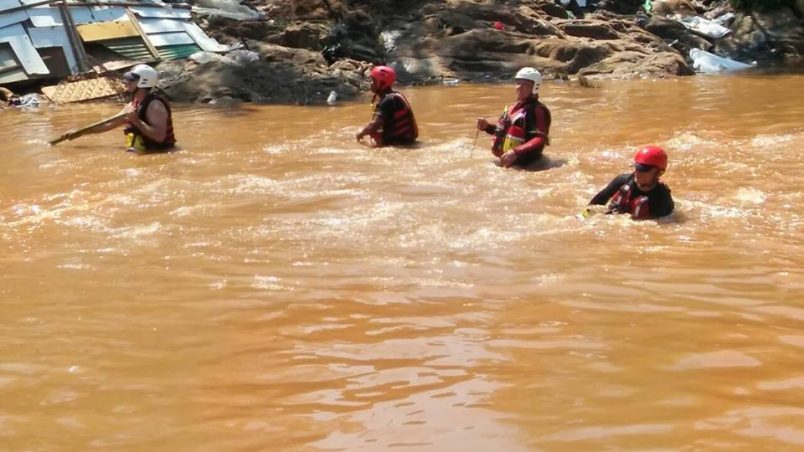 While many parts of southern Africa have welcomed some much-needed rain, the recent storms that have hit in and around Johannesburg are taking a toll.

A tornado that touched down in Ennerdale, just to the southwest of the city, caused damage to about 50 houses Monday night. The severe storms also caused flash flooding in and around Johannesburg, with multiple crews needed to deal with downed trees and utility outages.

The South African Weather Services agency had forecast stormy weather Monday and issued a warning for later in the day. While severe storms are common during the spring and summer months, most tornadoes are expected during a peak time between November through January, usually in afternoon hours, and frequently – as was the case late Monday – in Gauteng state.

The Johannesburg floods were caused by severe thunderstorms that left six people dead, with one child still missing despite emergency search crew efforts, according to News24.

The sudden deluge affected major highways and left a number of cars submerged or swept away. Damage also was reported at the OR Tambo International Airport, the weather service said.