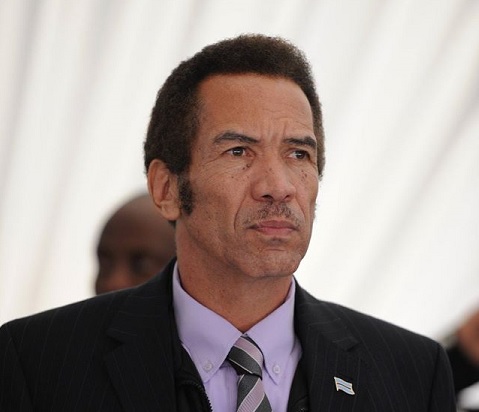 President Ian Khama, the Botswanan president who made his disapproval of American president-elect Donald J. Trump abundantly clear during the campaigns, has yet to congratulate him as is customary.

“The international norm is that you congratulate somebody after they have taken office. So the President is not in a rush,” said Khama’s private secretary, Brigadier George Tlhalerwa, in an interview with Mmegi news in Gaborone. “Trump is like a woman who has completed the lobola stage, but is still awaiting her wedding,” he said in Thursday’s report.

Tihalerwa was referring to a “bride wealth” custom among many Africans, in which a wedding groom’s family compensates the bride’s with cash or cattle prior to the marriage. The practice continues in countries across the region, offering a ready analogy for Khama’s rationale in withholding any diplomatic overtures until Trump actually is sworn into office in January.

Tihalerwa said the relationship between Botswana and the United States does not depend on the individual leaders or their views. Other African leaders may wish to send their well-wishes – and many of them did immediately – but Botswana is not a “blind follower,” he added.

Khama has criticized Trump consistently throughout 2016. “It is obvious for me after this first debate who should be the next President of the United States of America,” he wrote on his official Facebook page in September, and it obviously wasn’t Trump.

In July, he called out the “scare mongering and divisive utterances” of the Republican party that nominated Trump. Khama also expressed his concern over diplomatic affairs.

“The U.S. will embark upon an era of poor relations with the rest of the world, and he will alienate different ethnic and religious communities within the U.S.,” Khama warned in June, “leading to a huge setback in foreign relations and the need for internal harmony in that country.”