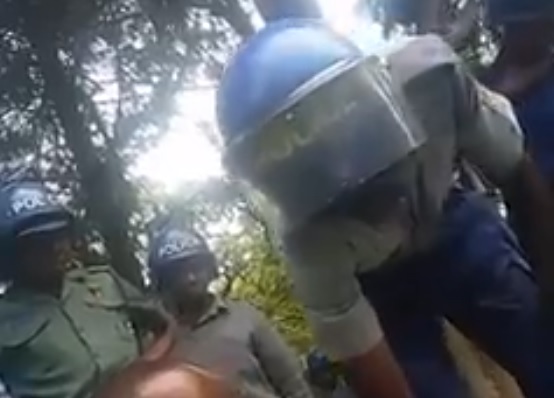 An attack early Friday on activists planning a protest in Zimbabwe has met with a sharp criticism of human rights violations from The European Union mission in Harare.

The EU officials, as well as the Head of Mission of Switzerland, were responding to the abduction reports of Patson Dzamara amid a wider crackdown on Zimbabweans planning to participate in demonstrations. Those protests targeted the new bond-note currency launched amid the country’s ongoing political and economic crises.

The diplomatic statement expressed growing concern over “a significant and worrying increase in the number of incidents over recent months” that violate constitutional rights.

“Those incidents include acts of intimidation, violence, abduction and torture,  violations of the rights of arrested and detained persons, and a lack of respect of the freedom of assembly and association and the freedom to demonstrate and petition,” the European missions said.

Dzamara was with other activists when he was stopped and separated from his companions, allegedly by state security forces. Dzamara, the brother of a still-missing activist known for launching a highly visible Occupy Africa Unity Square group, was taken to Lake Chivero after he was beaten and the group’s vehicles were left charred.

Social groups also reported the arrests of lawyers and pastors who support Africa Unity Square and the stance against Zimbabwe corruption, a core message of the bond-note protesters and movement. The recent decision to deny Zimbabweans living outside the nation the right to a “diaspora vote” also has angered civic groups.

The Zimbabwe Lawyers for Human Rights group, whose members represent Dzamara and have challenged the bond-note issue, also called on Zimbabwe to protect its citizens.