Home>African Future>African cities hold the key to transformative climate-driven migration
By AT editor - 21 November 2016 at 1:37 am 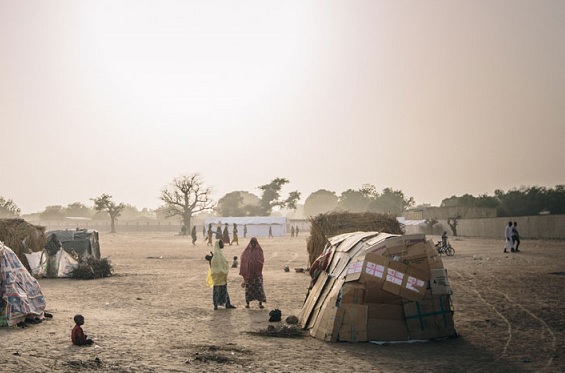 A woman from Sudan, living in an Ethiopian refugee camp, explains that drought sent her family to live by the river, but they couldn’t stay there because of the fighting. A Somali farmer living in Uganda tells a similar story of drought and conflict that made it impossible to stay home. Their voices, captured in a 2014 report by the Climate and Migration Coalition, make clear the real lives behind climate statistics.

While focus on the COP22 climate conference in Marrakech is winding down, the need to act on climate migration is accelerating. Morocco’s King Mohammed VI, in his opening speech to the Africa Action Summit during the conference, warned that there already are 10 million climate refugees – itself a disputed term – with nearly 60 million Africans forecast to be displaced by 2020, primarily because of water scarcity, if no action is taken.

That’s in a mere three years from now, not some far-off theoretical distance, and it touched off a healthy debate among African leaders on water resources.

What follows from that scarcity isn’t necessarily just a focus on agriculture, or improved climate resilience among smallholders in Zambia or herdsmen in the Horn of Africa. The technology innovations and the policy interventions may target drought-stricken farmers in Egypt – where new food shortages are raising alarm – or the desertification in Mali that sends its people on months-long migrant journeys.

They’re making real impact, but it is in cities where climate resilience priorities must be now, not later.

In Mali, as elsewhere, environmental migrants don’t necessarily cross into adjacent nations or embark on harrowing journeys across the Mediterranean bound for Europe. They go to their own urban centers. That’s why the population of Bamako is now 2 million, more than three times what it was just 20 years ago. It’s why Lagos now serves 10 million people.

It’s also why herdsmen interviewed in Chad by the British-based coalition said they keep trying to adapt: “We have always mastered it, but if nothing is done to ensure the safety of our space and activities, we risk, one day, being forced to abandon our way of life and join the swelling ranks of the unemployed in the city.”

The European Union and the United States, particularly across 2016, tend to see migration in ways that affect their own nations. The British are leaving. Italy and Greece are angry in the abandonment they feel across the EU southern tier. Hungary built its wall, and now the Americans led by president-elect Donald J. Trump may do the same as authoritarian-right leaders win over their voters.

Germany’s Angela Merkel will seek her fourth term next year, and she’s made the EU position on stemming the tide of migrants a priority. The EU Emergency Trust Fund for Africa is promoted as a solution to the problem.

But what should be obvious is that African cities bear the real brunt of environmental migration – not Munich or Milan – and their already-fragile climate resilience capacities are at risk of being outrun. Research conducted on “Climate Change and Urban Vulnerability in Africa” reveals easily anticipated findings about development in urban centers today, emphasizing the need for good governance in terms of strong core leadership and regional cooperation.

That leadership is compromised in cities like Dar es Salaam, where lack of finances, complex layers of bureaucracy, and coordination difficulties were among the identified barriers to progress on climate resilience. Those challenges are by no means limited to Tanzania’s largest city, and are exacerbated in African cities affected by overarching, ongoing conflict.

African cities are as breathtakingly diverse as the continent itself, so many urban planning recommendations take a city-level adaptation view that relies on context and culture in order to develop plans that improve transportation infrastructure or protect water resources.

Yet what must now be considered, in a relatively short time window, is how to achieve those goals with an influx of environmental migrants. Solutions to unemployment, inadequate housing, and unreliable energy need to factor for populations whose environmental realities are the real driver for relocation.

That needs to be achieved in part by harnessing the potential for cities to protect the global gains made in fighting poverty – and an overall shift that sees migration as opportunity, too, rather than a catastrophic and unwelcome development.

Answering those questions with a measure of optimism is what the International Organization for Migration seeks to explore. For three years, the “Migration, Environment and Climate Change: Evidence for Policy” initiative, funded by the European Union, has sought to better understand and inform environmental migration. The current project comes to an end next month, and the MECLEP team is starting to share its research insights.

Among them is an understanding that the typical views of migrants as scapegoats – people who put pressure on scarce urban resources, who increase crime and public health crises – might be set aside in favor of the view that environmental migrants to African cities are assets to those same communities.

Existing vulnerabilities may be exacerbated by migration if they’re not anticipated and addressed – especially in coastal cities and deltas, and that was the point of King Mohammed’s observation  – but new populations also bring diverse people groups together, along with their knowledge and technical know-how.

After COP22, seeing those positives is a chance to see environmental migration in a new light, and achieve the success in African cities with the vision and the power to transform them.