Home>News>Burundi: Official's tweets stun public as he spars with NGO on genocide
By AT editor - 23 November 2016 at 7:51 am 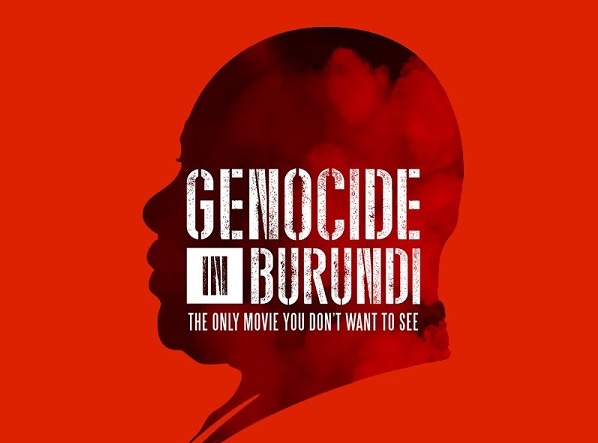 In Burundi, a spokesman and senior advisor to President Pierre Nkurunziza has launched a series of social media messages condemning a global human rights organization’s unconventional campaign to warn against genocide.

Willy Nyamitwe continued his Twitter storm early Wednesday against International Federation for Human Rights and the #Stopthismovie campaign. The FIDH, a network of human rights NGOs with a presence in 112 countries, launched the initiative last week. It’s designed as a movie trailer for a film that doesn’t actually exist – a film about a theoretical Burundi genocide – as a message meant to underscore the consequences of Burundi’s conflict as all too real and requiring critical intervention.

Nyamitwe counters with messages denying genocide in Burundi, and insisting that there is no ethnic rhetoric or racially motivated violence. “Ethnic groups live together in harmony,” he says in one example. Nyamitwe also started a hashtag to ridicule the campaign — #thisismygenocide – that has drawn responses from people stunned that the Burundi government would mock the suffering of its people. 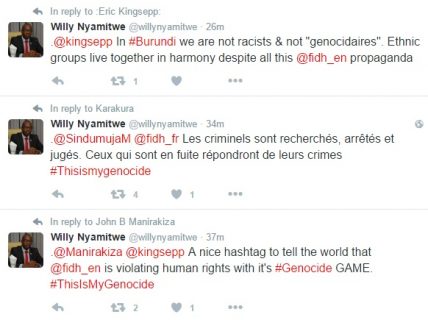 The hashtag, he said, is how Burundi is telling the world that the controversial FIDH campaign is “a bad game.” Nyamitwe also rejects some of the findings in a 200-page report on Burundi that FIDH released with the social media campaign.

Meanwhile, the United Nations Human Rights Council has named a three-member commission to investigate abuses and violations in Burundi, including a determination on whether some human rights abuses meet the criteria of international crimes.

The decision to do so was made in September, and will focus on violence in Burundi since 2015 and the Nkurunziza decision to seek a third term in office, in violation of the constitution.

The appointed commissioners are Fatsah Ouguergouz of Algeria, Reina Alapini Gansu of Benin, and Francoise Hampson of the United Kingdom. Ouguergouz will serve as the commission chair.