Home>News>Morocco walks out of summit because of Western Sahara presence
By AT editor - 23 November 2016 at 8:52 pm 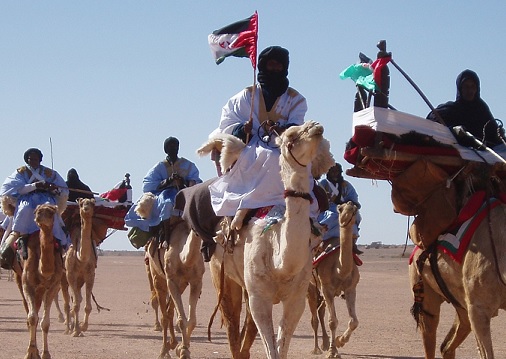 The presence of Western Sahara representatives at an Arab African Summit in Equatorial Guinea caused a walkout of Arab nations to derail the meeting, and cast a shadow over Morocco’s plans to rejoin the African Union.

The nations gathered in Malabo were attending the 4th Pan Arab African Summit for talks on economic cooperation between participating nations from Africa and the Middle East when Morocco announced its withdrawal.

Rabat was then joined by Gulf States including Saudi Arabia, Bahrain, Qatar, Oman, Jordan, Yemen and neighboring Somalia in rescinding their participation in the summit.

The Moroccan Ministry of Foreign Affairs explained that the walkout was because of the Saharawi Arab Democratic Republic (SADR) participants who were “a puppet entity in the meeting rooms,” according to Moroccan media. Their attendance, Morocco said, violated the expectation that only United Nations member countries should be engaged in the summit.

The statement underscored Morocco’s commitment to Arab African partnership, and assured all parties that it will continue.

The decades-long dispute with SADR and its Polisario Front leadership over an independent Western Sahara manifests itself in other international bodies and negotiations, including Morocco’s diplomatic relations with the European Union and United Nations.

Yet it remains a priority in Africa because Moroccan King Mohammed VI has made clear his overtures – and formal request – to rejoin the African Union. The formal request followed a July announcement of Morocco’s intent during the AU summit in Rwanda.

Morocco remains the only African nation that is not a member of the AU. The international organization recognizes Western Sahara as an independent state, and Morocco has refused to consider AU membership unless the membership status of Western Sahara was withdrawn.

Western Sahara remains the last colony in Africa, according to Independent Diplomat, a diplomatic advisory group that has worked with MINURSO and the Polisario Front in the region.