Home>News>Burundi plans protest against UN inquiry on human rights
By AT editor - 26 November 2016 at 3:40 am 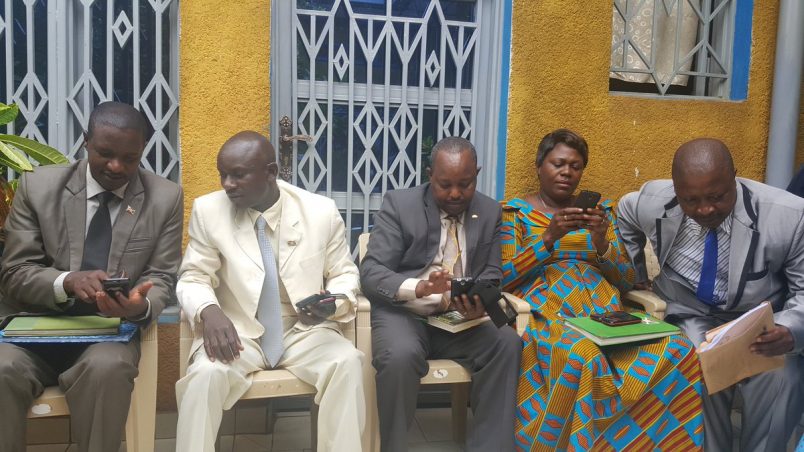 Demonstrations are planned in Burundi on Saturday to protest a United Nations decision to investigate human rights abuses, after the UN announced this week it had established a Commission of Inquiry.

The U.S. Embassy in Bujumbura issued an informational message about marches in the city that are scheduled to begin at 7:30 a.m. at Place de l’Indépendence, and continue through midafternoon.

“These protests are not expected to be violent, but will disrupt traffic and cause congestion,” the embassy said.

“Avoid the city center area of Bujumbura tomorrow during the time of the marches.”

Other sources circulated images of a letter from Bujumbura Mayor Freddy Mbonimpa, confirming the purpose of the march and making participation mandatory for all municipal employees. 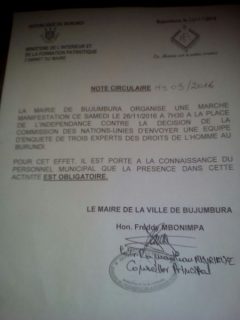 Mbonimpa and other Burundi officials were in the northwest Cibitoke region on Friday to meet with President Pierre Nkurunziza – and to discuss allegations of human rights violations exchanged on social media.

Burundi spokesman Willy Nyamitwe has led the response against the International Federation for Human Rights organization and its controversial #StopThisMovie initiative aimed at preventing tensions from escalating into a Burundi genocide. That includes a 200-page report released by the NGO this month.

The UN commission will focus on violence in Burundi since 2015 and the Nkurunziza decision to seek a third term in office, in violation of the constitution. Bujumbura was a stronghold of opposition against Nkurunziza, whose government announced this week that it will not cooperate with the investigation.