Home>News>Burundi reports: One dead after attack on Nkurunziza media advisor
By AT editor - 29 November 2016 at 6:33 am 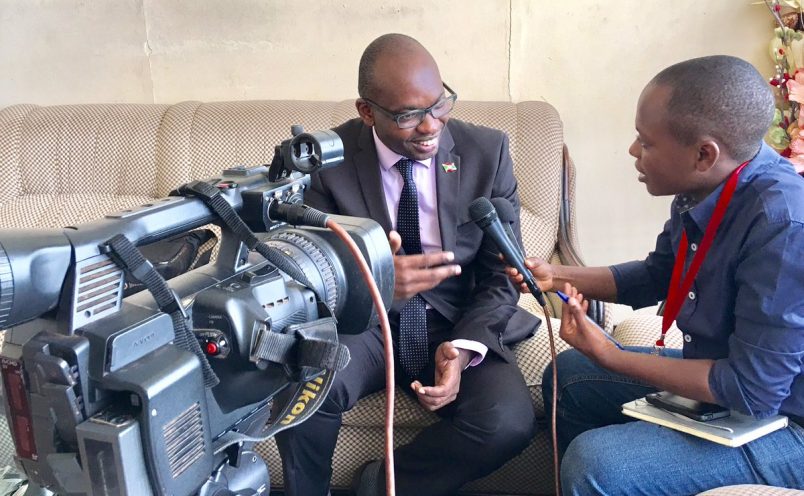 Willy Nyamitwe, the head of communications for Burundi President Pierre Nkurunziza, was wounded in an attack Monday in Bujumbura, local media outlets report. At least one person died in the incident.

Nyamitwe remained in the hospital after an armed attack described as an assassination attempt. He suffered injuries to his arms, the pro-government news outlet Ikiriho said, while a member of his security team was killed and another was seriously injured.

Independent radio journalists with SOS Media Burundi, a media organization formed after the violence in 2015 and subsequent repression, said they have confirmed the armed attack with multiple sources.

Recent days have seen Nyamitwe at the center of controversy over the potential for genocide in Burundi. He has led a Twitter campaign against the International Federation for Human Rights organization and its controversial #StopThisMovie initiative, which is aimed at preventing tensions from escalating into a Burundi genocide.

He also has challenged the findings of a 200-page report concurrently released by the NGO this month.

For days, Nyamitwe has used the hashtag #thisismygenocide with images and information meant to demonstrate a Burundi that is at peace and moving forward without ethnic tensions or violence. While some have supported his messages, others have been stunned by the mockery of suffering.

It is the latest incident in rising tensions in Burundi, where thousands demonstrated on Saturday against the appointment of a United Nations team to conduct a formal inquiry into violence and human rights violations. The investigation will focus on events since Nkurunziza decided to seek a third presidential term in 2015 in violation of the Burundi constitution, setting off a continued crisis.

Update: The audio of a press conference with Pierre Nkurikiye, spokesman for the Burundi National Police, is linked here.