Home>Finance & Economics>Trudeau details African aid programs during summit in Madagascar
By AT editor - 29 November 2016 at 4:56 am 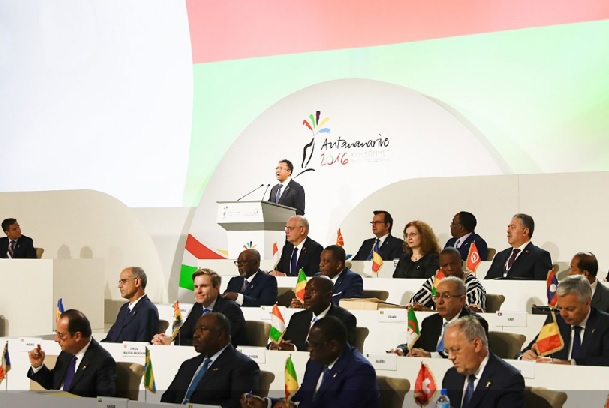 Canadian Prime Minister Justin Trudeau highlighted his nation’s continued investment in African development during the XVI Summit of La Francophonie, held this past weekend in Madagascar.

President Hery Rajaonarimampianina of Madagascar first welcomed the delegations to Antananarivo, where he stressed the importance of cooperation among member states in meeting the challenges of climate change, fighting poverty and building a more just society.

More than half of the organization’s 54 full members are African nations with French-speaking citizens and a shared history of Francophone influence.

For his part, Trudeau also spoke during the opening ceremony of the summit. He acknowledged the cultural bonds Canada shares with African member states, while also appealing to their leaders to act on climate change and human rights issues, particularly those of women, the LGBTQ population and other marginalized communities. Trudeau included youth among them, and urged investment in their future.

To that end, Trudeau announced $112.8 million in funding for programs that include:

For more details on Canada’s international aid objectives announced during the summit, see this link.