Home>News>Hopeful #Gambia heads to the polls amid Internet, security lockdown
By AT editor - 1 December 2016 at 7:08 am 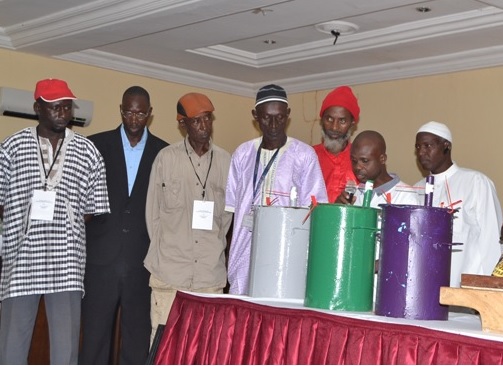 As the darkness inched towards Thursday’s dawn in Banjul, uneasy Gambians prepared to head to the polls in critical elections – the most important in years – to determine if President Yayha Jammeh remains as leader of a country he’s controlled since 1994.

Yet before a single marble was dropped, in the manner that Gambians vote, the reports from the small West African nation were not encouraging.

Malanding Jaiteh, head of an elections monitoring group in the diaspora, confirmed that Jammeh had shut down Internet access and cut off international phone service across the country.

Multiple reports of the country’s communications isolation included that of Access Now, a global digital access advocacy group that issued a warning that “shutdowns and state violence go hand in hand” and serve to “create a cover of darkness that allows state repression to occur without scrutiny.”

United States diplomat Tom Malinowski urged the Gambian government to avoid inflammatory rhetoric and intimidation of voters, in order to allow for a credible process.

Their messages and concerns conflict with those of the Independent Electoral Commission (IEC) website, and its cheerful promotion of fair play, integrity and transparency. The IEC of The Gambia’s messages include affirmation that “your vote is your choice” and “freedom of speech, freedom of choice.”

Voting results also will be displayed on the website, although Gambians already are expressing concern over their validity.

Jammeh also warned that no demonstrations will be permitted after the election is complete. Reports that security forces were deployed across Banjul were coupled with information from Jaiteh’s organization that the Gambian border with Senegal was closed from the Gambian side.

Jammeh, seeking his fifth term, is facing an unprecedented challenge from Adama Barrow, whose candidacy is supported by a coalition of opposition parties including the United Democratic Party.

The Gambia Democratic Party candidate is Mamma Kandeh, a former member of Jammeh’s own Alliance for Patriotic Reorientation and Construction (APRC) party.