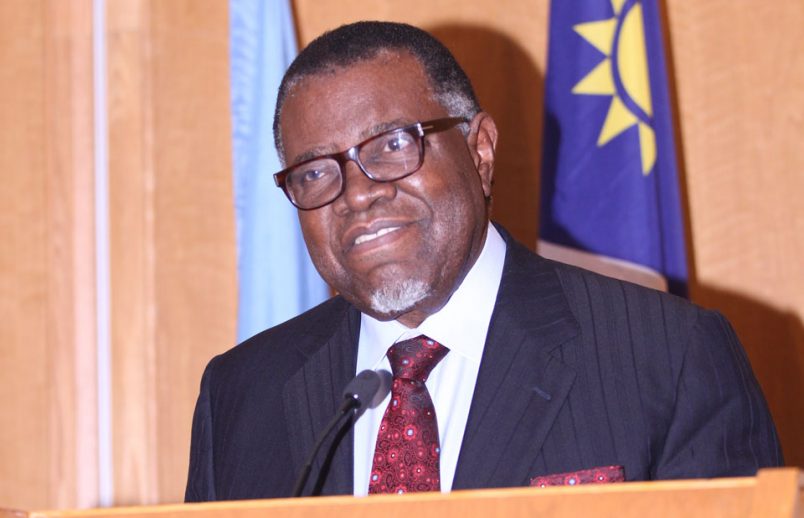 At the end of 2015, there were an estimated 36.7 million people living with AIDS across the globe. Almost as many have died of the disease since the epidemic began, and on this World AIDS Day, the 2016 “Hands up for #HIVPrevention” theme recalls their struggles and the work yet to be done.

Globally, the risk remains high for women, especially in the 15-24 age group. The understanding that life cycle stages make people more vulnerable to infection has energized the “Fast Track” campaign that this year’s theme is designed to promote.

Launched in Namibia last week, the new UNAIDS approach seeks to intervene with different strategies best applied for young women, in maternal-child health, for adult gay men, and in other populations and across the years.

“Just under two years ago, 15 million people were accessing antiretroviral treatment—today more than 18 million are on treatment and new HIV infections among children continue to fall,” said President of Namibia Hage Geingob. “Now, we must ensure that the world stays on the Fast-Track to end the AIDS epidemic by 2030 in Namibia, in Africa and across the world.”

Across the African continent, there have been some real victories. New HIV infections declined 14 percent between 2010 and 2015 in the East and South Africa region, and AIDS-related deaths fell by 38 percent. Among children, the drop in new HIV infections has reached 66 percent, which is encouraging news from UNAIDS.

In Africa’s West and Central regions, new HIV infections were down 8 percent in the same time frame, with AIDS-related deaths down 10 percent. The drop in new HIV cases among children is 31 percent.

The news was less positive in the Middle East and North Africa region, where new HIV infections were up 4 percent and AIDS-related deaths rose 22 percent in the 2010-2015 reporting period. New cases among children, reported in raw numbers, stood at 2,100.