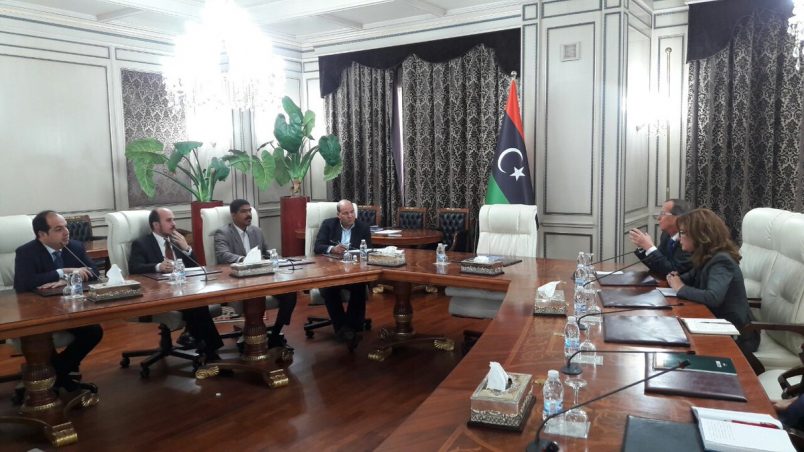 Kobler, head of the United Nations Support Mission in Libya (UNSMIL) said Friday that he “is extremely alarmed by the ongoing clashes in Tripoli which are reported to have claimed a number of lives.”

His statement urged an immediate end to the violence that has left at least seven people dead, and sent families fleeing their neighborhoods in search of safety. The clashes that broke out Thursday and continued Friday were described as among the worst fighting that Tripoli had seen in at least a year.

“It is completely unacceptable for armed groups to fight to assert their interest and control, particularly in residential areas, terrorizing the population,” Kobler said.  “We are in contact with the parties on the ground to urge an immediate end to this fighting.”

Social media reports indicated that the heavy gunfire had subsided by early Friday evening, yielding to a “subdued atmosphere” with sporadic shooting. Local news outlets quoted Tripoli officials as saying a ceasefire had been reached.

Various militia groups and alliances have controlled Tripoli, with an increase in their numbers since the signing of the December 2015 Libyan Peace Agreement. According to the Armed Conflict Location and Event Data Project (ACLED), an even larger spike was seen after the Presidency Council arrived in March to ongoing opposition.

The Libya Herald reported the latest clash appeared to begin with militia groups linked to the Presidency Council seeking to crush opposing militants. One militia group, the Tripoli Revolutionary Brigade, issued an apology to the people of Tripoli while defending the necessity of the street battles.

For his part, Kobler urged the need to implement the security arrangements of the Libyan Political Agreement, and rid Libyan cities of the armed groups to restore order and security for the people of Libya.

The United States says it has clear evidence that the Wagner Group of mercenary fighters,…