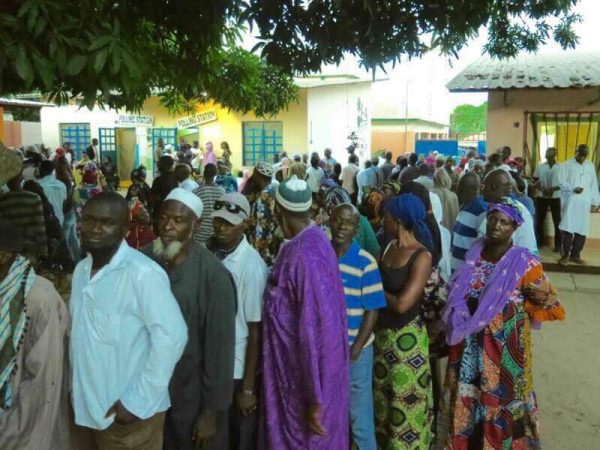 That moment of jubilation is one that many of The Gambia’s 2 million citizens thought they’d never see. It was equally powerful for those Gambians living in the diaspora, some of whom were deeply emotional at the thought that, for the first time in years, they could go home.

The head of the Gambia’s electoral commission, Alieu Momarr Njai, told The Guardian that Jammeh would concede on Friday in a speech that was already being prepared.

The opposition coalition headed by Barrow won the election with 45.5 percent of the popular vote, including much of Jammeh’s Banjul stronghold.

Njai noted this was a rare moment in the history of Gambian politics, in that Jammeh would accept the defeat after 22 years of authoritarian rule often marked by repression of political opposition and dissent. The country has not had a smooth transition of power in more than 50 years, the BBC notes.

Jeffrey Smith, executive director of Vanguard Africa, told Africa Times that he was “equally inspired by the energized coalition and terrified for their safety,” particularly as Gambians voted Thursday with Internet, electricity and international phone service cut off, and a heavy security presence at the polls.

Smith’s organization supports pro-reform candidates and good governance in African nations, with a strong role in backing The Gambia’s coalition to defeat Jammeh.

As the hours of waiting came to an end, Smith sent his next social media message: “If Gambia’s Yahya Jammeh can be defeated at the ballot box – and ALL indications are that he has – then anyone can.”