Home>News>Report: Conflict diamonds from C.A.R. take Cameroon route to market
By AT editor - 3 December 2016 at 7:10 am 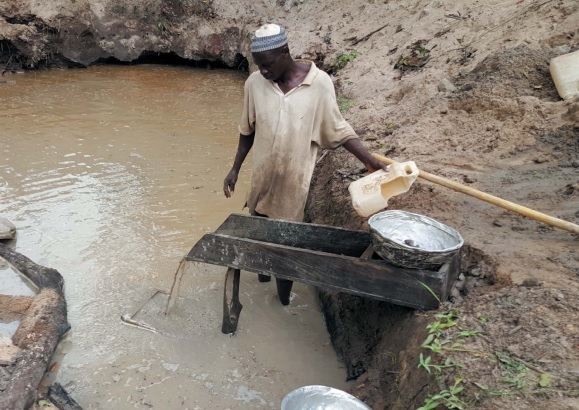 Conflict diamonds from the Central African Republic (CAR) are entering Cameroon and the legal supply chain due to poor controls, smuggling and corruption, Partnership Africa Canada said in a new report.

The report explores how Cameroon is failing to meet the Kimberley Protocol (KP) standards for certification to ensure that trading of conflict diamonds is stopped.

Diamond exports from CAR were embargoed after a 2013 coup sparked a civil war. The embargo was partially lifted on zones seen as conflict-free in 2016 , amid the country’s ongoing fighting and deep humanitarian crisis.

“While international outcry about ‘blood diamonds’ financing war in the Central African Republic sparked action to stop the trade, the same spotlight has not been turned on CAR’s neighbor,” said PAC executive director Joanne Lebert. “Our investigation shows the reality on the ground and how conflict diamonds from CAR still have entry points to international markets through Cameroon.”

The countries share a 900 kilometer border, and the investigation focused on how traders in Cameroon buy diamonds in CAR, then return and declare their origination in Cameroon in order to receive a KP certificate verifying conflict-free status and clearance for export. The traders are facilitated by corruption among officials who verify their origin and allow embargoed diamonds to ship out, the report said.

PAC calls on the Kimberley Process to place Cameroon under tighter controls within a three month period, during which time no diamond would leave Cameroon without expert and external oversight.

The report also calls on a regional response to include CAR and neighboring states, including Democratic Republic of Congo and Angola, for a comprehensive approach to end illicit diamond traffic.

The full report can be accessed at: http://bit.ly/fromconflicttoillicit