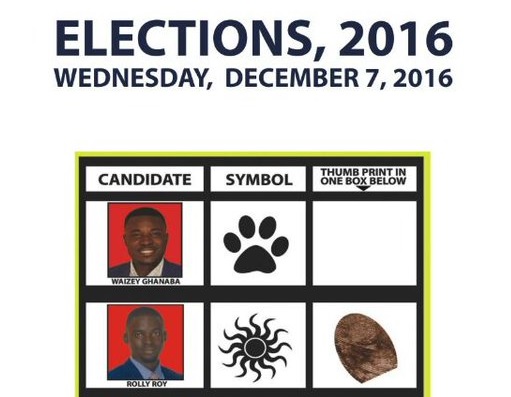 One person is dead and 14 others were injured in Ghana late Monday, as supporters of the National Democratic Congress (NDC) and incumbent President John Dramani Mahama clashed with the political opposition in the northern town of Chereponi.

“There was a rally for both the NDC and the NPP. There was no problem from both sides, the rally ended peacefully,” said police spokesman Ebenezer Tetteh in an interview with Citi News.

“After the rally at both towns, both parties were coming in a convoy when they crossed their paths at a centralized location in the Chereponi township and that sparked a misunderstanding and a violent confrontation from both sides.”

Stones were then hurled between the NDC supporters, and those in favor of New Patriotic Party candidates including opposition leader and NPP presidential candidate Nana Akufo Addo. The groups were dispersed at midnight, but a second round of clashes led to the beating death and other injuries.

Police said structures also were burned during the Chereponi incident, one in a series of electoral-violence incidents that included stone throwing at Akufo Addo’s own home last month and a bomb threat at regional NDC official’s home in October.

The Chereponi incident comes as Ghanaians head to the polls Wednesday in a deeply divided nation. Ghanaian security officials and community leaders have spent months identifying hot spots, including locations in Ashanti and other regions outside of Accra, and the U.S. Embassy has listed two dozen potential trouble spots while urging U.S. citizens to avoid them in the coming days.

The two candidates have vied for the presidency before, leading to bitter sentiment among many Ghanaians when Mahama won the 2012 election with just 51 percent of all votes. The slim margin was contested, but the Supreme Court of Ghana upheld the result by a narrow 5-4 ruling.

Last week, United Nations Secretary-General Ban Ki-moon called both Mahama and Akufo Addo to urge peace among their supporters ahead of the elections.