Home>News>Benin's president Talon, Erdogan strengthen ties during Ankara visit
By AT editor - 7 December 2016 at 6:32 am 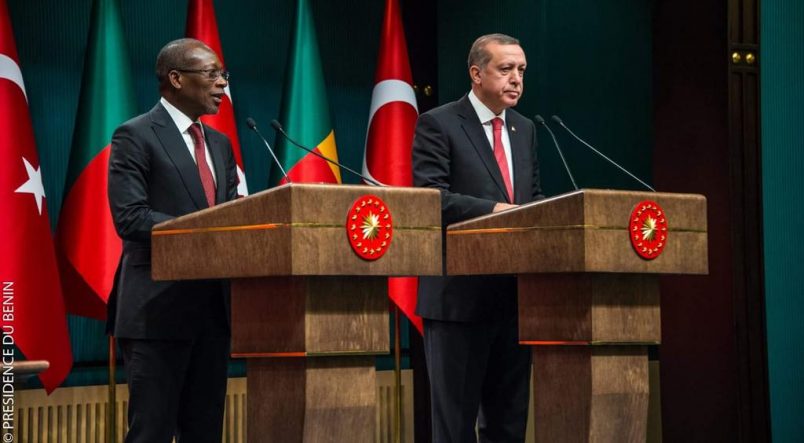 The president of Benin met with Turkish President Recep Tayyip Erdogan in Ankara Tuesday, the first state visit there for Patrice Talon since he was elected in April.

Media outlets in the West African nation said that after a ceremonial greeting, Erdogan and Talon met to discuss Benin-Turkey relations. Bilateral agreements, including those focused on security and military training, were signed during the visit.

Erdogan, speaking at a press conference, pledged Turkey’s support for Benin and its economic initiatives. He also said Turkey plans to expand its diplomatic mission to all 54 African nations, beyond the 39 nations in which Ankara has a presence to date.

“All [African] countries matter to Turkey, thus, I think, our ties with Africa should be strengthened much more in order to keep this friendship and solidarity together,” he said, according to state-aligned media.

Erdogan also said that three schools in Benin linked to the Gülen movement would be taken over by a Turkish educational foundation, a trend across Africa as Erdogan’s government has cracked down on followers of the controversial Fethullah Gülen since the July coup attempt in Turkey.