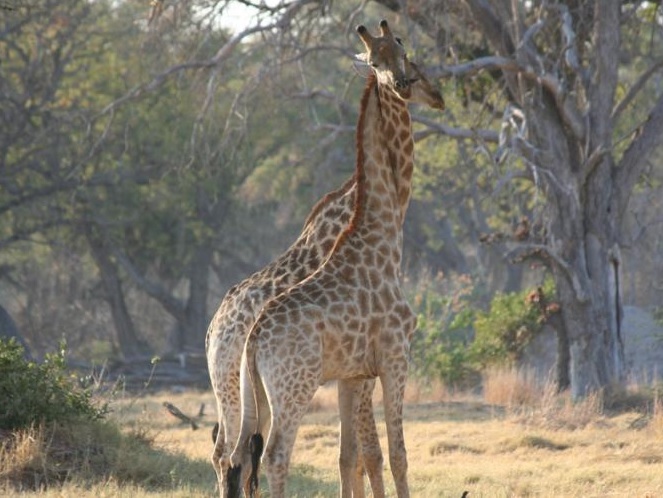 The giraffe, the African grey parrot, and an array of marine life in Lake Victoria have been added to the Red List of Threatened Species, a global conservation organization said Thursday.

The giraffe, which is widespread primarily across southern and eastern Africa, has seen a population decline approaching 40 percent since 1985. Causes include illegal hunting, habitat loss related to mining and agriculture, and civil unrest.

Of nine types of giraffe, five have decreasing populations, the International Union for Conservation of Nature (IUCN) said.

The updates from the Switzerland-based organization are released during the 13th Conference of the Parties to the Convention on Biological Diversity (CBD COP13) meeting in Cancun, Mexico.

“Whilst giraffes are commonly seen on safari, in the media and in zoos, people – including conservationists – are unaware that these majestic animals are undergoing a silent extinction,” said Julian Fennessy, an IUCN giraffe and okapi specialist.

There is even more troubling news for the African grey parrot, which is now facing extinction and was moved to the Endangered status. A study led by BirdLife International discovered that in some parts of the continent numbers of grey parrots have declined by as much as 99 percent, the IUCN said. That’s primarily because of habitat loss, and unsustainable trapping because of the parrot’s sought-after status as an exotic pet.

In Lake Victoria, it’s the freshwater fish, mollusk, crabs and dragonflies that are threatened. Chemical water pollution and overharvesting continue to damage the high-biodiversity habitat.

“Many species are slipping away before we can even describe them,” said IUCN Director General Inger Andersen. “This IUCN Red List update shows that the scale of the global extinction crisis may be even greater than we thought.”