Home>African Future>African development: Ending the 'blind eye to greed and corruption'
By AT editor - 9 December 2016 at 4:46 am 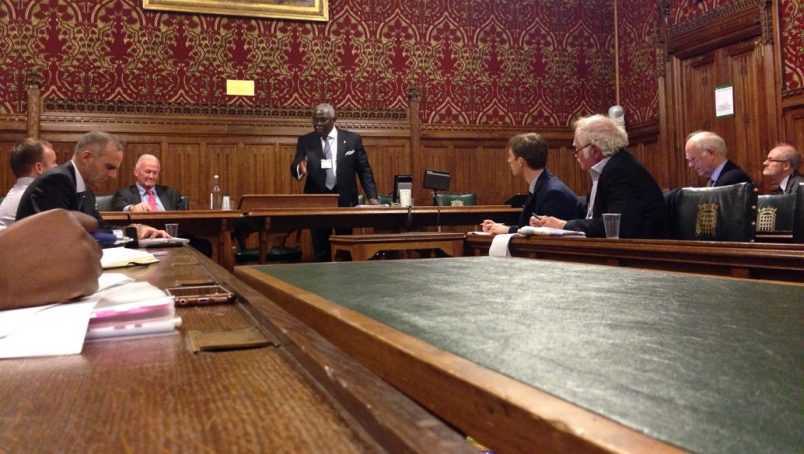 Kanayo Nwanze, president of the International Fund for Agricultural Development (IFAD), says African poverty and hunger continue because of “a lack of committed leadership and rampant corruption.”

The Nigerian native, speaking this week to a parliamentary group on agriculture at the House of Lords in London, said that despite the rich resources of the African continent, 389 million people live in extreme poverty. They include citizens of 23 of the 25 poorest countries in the world, he noted.

“Why is this? Lack of leadership, lack of national pride and a blind eye to greed and corruption,” said Nwanze, the winner of this year’s inaugural Africa Food Prize, during a discussion of agricultural development and funding.

His remarks come as the world marks International Anti-Corruption Day on Friday. This year’s United Nations theme calls for unity against corruption to advance peace, security and development. The UN estimates that $1 billion in bribes and $2.6 billion in stolen resources are lost to global corruption each year.

“No country is immune, and every country bears a responsibility to end it,” said UN Secretary General Ban Ki-Moon.

“Corruption strangles people, communities and nations. It weakens education and health, undermines electoral processes and reinforces injustices by perverting criminal justice systems and the rule of law.  By diverting domestic and foreign funds, corruption wrecks economic and social development and increases poverty. It harms everyone, but the poor and vulnerable suffer most.”

Achievement of the Sustainable Development Goals depends on reigning in corruption, including the goal of ending conflict linked to corruption in countries including Libya, South Sudan and Somalia.

The most recent Transparency International report finds that five of the 10 most corrupt nations in the world are marked by entrenched and bloody conflict. Corruption also is rampant in countries like Malawi, or in Angola, where 70 percent of people live on less than USD$2 a day and their poverty is fueled by inequality.

Despite the gains made by groups like Corruption Free Africa, which is co-hosting a forum on corruption in Tanzania this week, the African continent continues to face the challenges Nwanze described.

“Forty out of the region’s 46 countries show a serious corruption problem and there’s no improvement for continent powerhouses Nigeria and South Africa,” said Chantal Uwimana of Transparency International earlier this year. “If corruption and impunity are to ‘be a thing of the past’ as the African Union stated, governments need to take bold steps to ensure rule of law is the reality for everyone.”