Home>News>At #IGAD: Ethiopia pleads for Kenya to stay with South Sudan peace process
By AT editor - 9 December 2016 at 7:32 pm 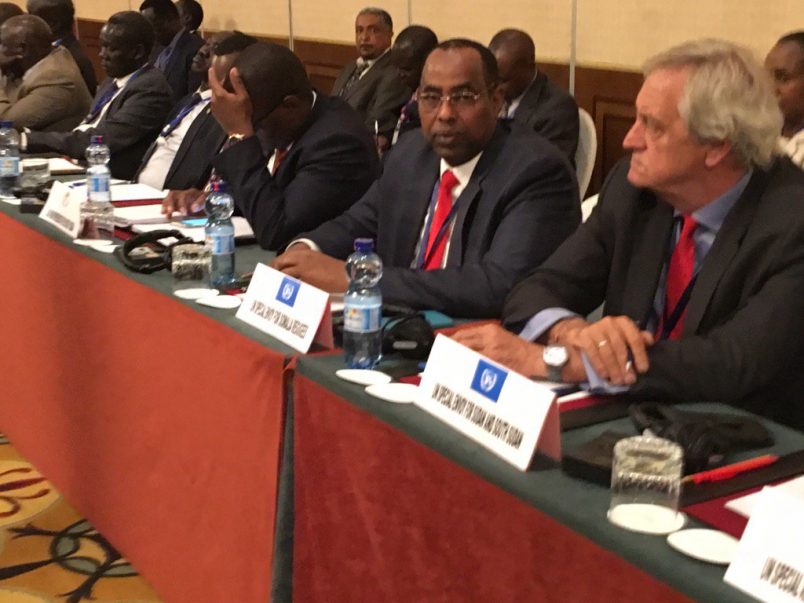 “We want the government of Uhuru Kenyatta to let its troops remain in South Sudan and support the efforts being made to restore peace in South Sudan,” he added.

The security  and refugee situations in South Sudan and Somalia were atop the agenda of the meeting, attended by East African heads of state including Sudanese President Omar al-Bashir and President of South Sudan Salva Kiir.

Desalegn, the current IGAD chair, added that building a sustainable peace in the Horn of Africa needs the support of the government and people of Kenya.

In November, Kenya said it was pulling out of the IGAD peace process, despite its pivotal role in brokering a 2015 peace agreement between Salva Kiir and rebel leader Riek Machar.

Kenya’s decision followed the dismissal of Lt. General Johnson Mogoa Kimani Ondieki, the Kenyan UNMISS commander in South Sudan, in the wake of a United Nations investigation into July attacks in Juba that derailed the fragile agreement.

Kenya’s response expressed outrage over the disrespect of its military, leading to Kenyatta’s decision to withdraw Kenyan troops from peacekeeping operations in South Sudan and leave the IGAD process.

Somalia was also on the IGAD agenda, with Mohamed Affey, special envoy of the United Nations High Commissioner for Refugees (UNHCR) on hand to discuss the situation on Somali refugees with IGAD and European participants.

Affey pressed for “a durable solution” to the decades-long refugee crisis, particularly in light of Kenya’s delayed closure of the Dadaab camp and its security implications.