Home>News>Cote d'Ivoire: New ferries offer sustainable transport for Abidjan
By AT editor - 13 December 2016 at 6:29 am 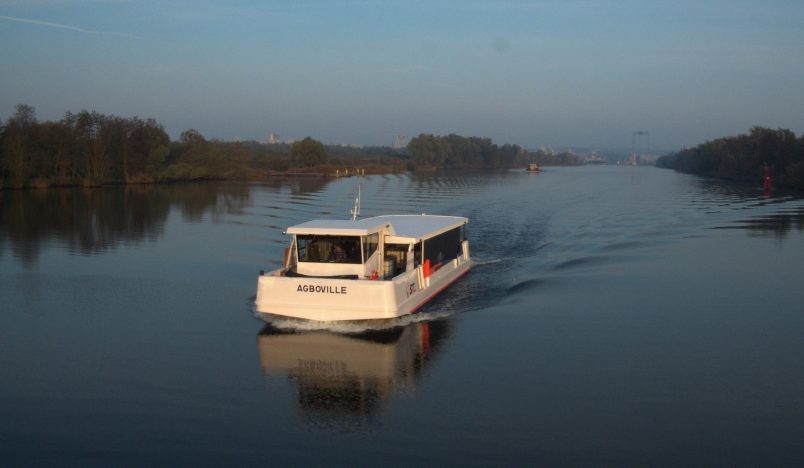 The city of Abidjan is investing in new passenger ferries as part of a plan to build sustainability into its urban transportation system.

Damen Shipyards Group, based in the Netherlands, announced Monday that it has signed a contract with Société de Transport Lagunaire (STL) in Cote d’Ivoire to build 16 of the boats, as part of an overall plan to reduce urban traffic congestion and greenhouse gas emissions.

Abidjan’s coastal position in West Africa has always made transportation on the water a part of life, and the new vessels are meant to build on the city’s natural assets while providing a climate-friendly solution.

“Abidjan’s population has increased five-fold in the last 20 years,” said Damen’s Jan van der Vorm in a release. “And much of the existing ferry infrastructure is in urgent need of renewal. In order for the city’s growth to continue in a sustainable way, the transport sector has become a top priority.”

The 18-metre vessels are powered by Volvo D5 engines, and will be able to transport 130 passengers at speeds of 10 knots in shallow waters. The ferries will be built in Poland, with the first four delivered to Abidjan next month. The rest are scheduled to arrive in sets of four, every eight weeks.

The vessel was designed specifically for the project, said Van der Vorm, with projections for 45 of them to be completed by 2020.