Home>Finance & Economics>FOCAC follow-up: African diplomats visit #China to mark anniversary
By AT editor - 15 December 2016 at 7:34 am 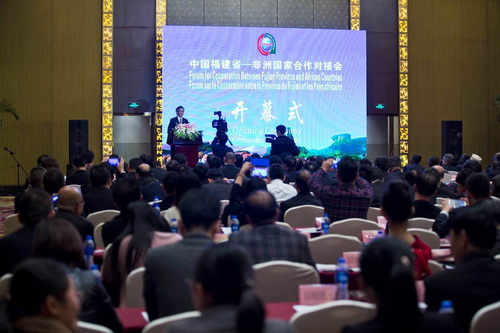 At the Forum on China-Africa Cooperation (FOCAC) in Johannesburg a year ago, Chinese President Xi Jinping pledged a $60 billion economic package that essentially tripled China’s commitment in Africa.

To mark the anniversary of the historic 2015 FOCAC summit, a group of African diplomats spent this week in China’s Fujian province. The tours and workshops ran from December 9 through December 13, and focused on how African countries might work with specific Chinese provinces to attract investors and advance their development goals.

The African leaders met with nearly 100 Fujian government and business leaders to discuss what the Chinese have learned since economic reforms, and how trade zones, special economic zones and their integration into overall culture in urban centers has boosted development.

Part of the vision for the expanded Chinese commitment announced last year included an additional $5 billion that doubled the initial size of the China Africa Development Fund.

The CAD Fund, an investment fund managed by the China Development Bank, has invested $4 billion in Africa since 2007, a fund executive said Wednesday.

The fund has invested in 88 projects in 37 African countries, Xinhua reported, in areas that include infrastructure projects, processing and manufacturing, energy and mineral resources. The report was part of an overview delivered by Wang Yong, a fund vice president, at a separate business partnership event held in Guangzhou.

The event was attended by representatives of Chinese and African companies, Xinhua said.

Projects have attracted $17 billion in business investment and loans to Africa, in addition to investment coming directly from the fund, Wang said. The fund attracts about $5 in investments from Chinese companies and banks for every $1 the CAD Fund invests.