Home>Health>Malawi partners with UNICEF to launch humanitarian drone program
By AT editor - 16 December 2016 at 6:18 am 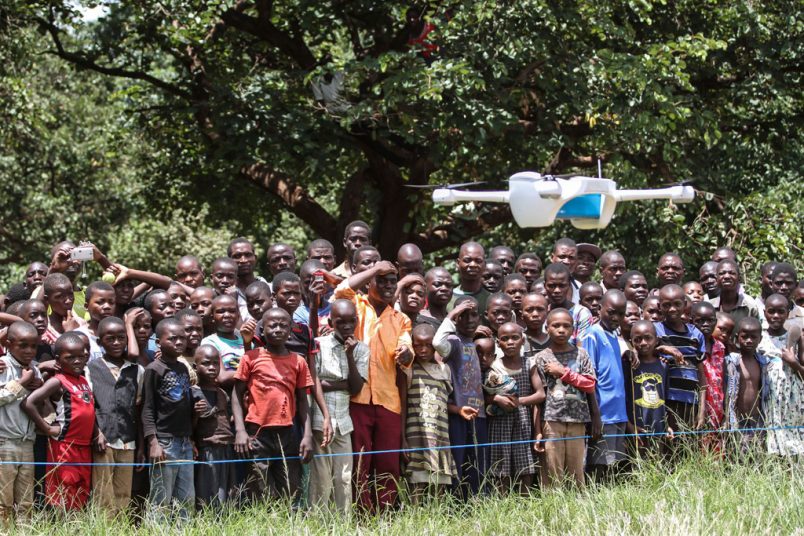 “Malawi has over the past years faced serious droughts and flooding,” said Jappie Mhango, the Minister for Transportation and Public Works, in a statement. “The launch of the UAS testing corridor is particularly important to support transportation and data collection where land transport infrastructure is either not feasible or difficult during emergencies.”

The drone air corridor will be the first one in Africa, and the first one to be used globally for humanitarian and development purposes, UNICEF said. It will become fully operational by April 2017.

“The establishment of the testing corridor means there is now a place where we can explore the potential of UAS in the development and humanitarian space,” said Cynthia McCaffrey, Director of UNICEF’s Office of Innovation.

The drones are expected to operate within a 40 kilometer range, with an even wider range of possibility in potential applications. They can be used to transport vaccines, infant HIV test samples, and emergency medical supplies. The drones may boost connectivity in emergency situations, or locations where cellphone and Internet access are routinely difficult because of remote or rugged terrain.

The third area of testing is in imagery, to better manage situations including floods and earthquakes with informed decision making and responses.

A test run in March used one of the drones to transport blood samples for early infant diagnosis of HIV, a high public health priority, and the system was efficient and valuable, UNICEF said.