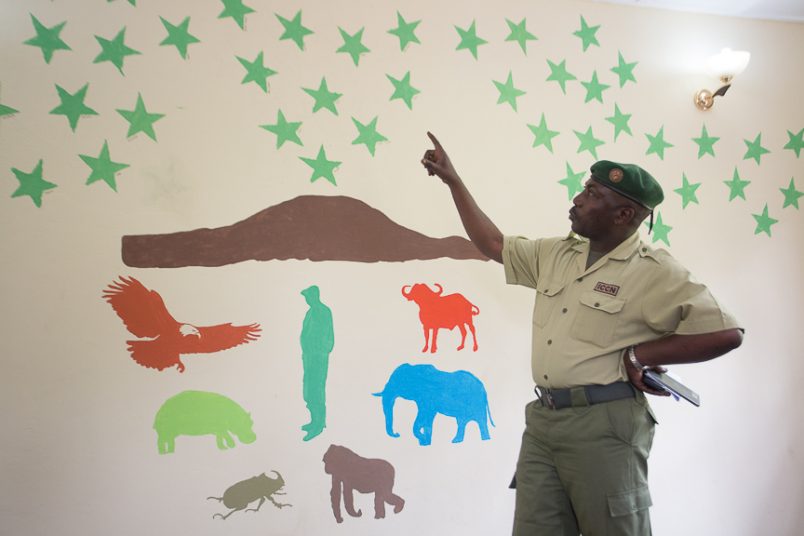 Virunga National Park in Democratic Republic of Congo has been described as the world’s most dangerous park, and defending it claimed another life this week. Patrick Prince Muhayirwa, a 26-year-old ranger, was killed by Mai-Mai (FDLR) rebels at the park near the Ugandan border – a fate that has befallen more than 150 of his colleagues seeking to protect wildlife at the World Heritage site.

In September, it was Jules Kombi Kambale, a 30-year-old ranger whose young wife was expecting their first child.

So many women have lost their husbands – and children their fathers – that Virunga has launched a sewing cooperative for the women. A new facility in Rumangabo, in the park’s southern sector, is home to their sewing operations as well as a meeting space for all women in the community, who are welcome to attend classes on health, entrepreneurship and other personal development topics.

The Widows Workshop sewing facility was built from the ground up this past year, and opened in October. A mural honors each fallen ranger with a star that represents his sacrifice, along with the mountain gorillas and other animals that call Virunga home. Inside, 17 of the women use the sewing machines and fabrics to create an income stream, while working in a supportive community designed for them. 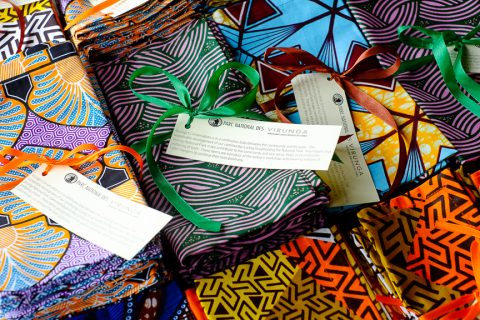 “With 480 Virunga rangers constantly wearing out their uniforms, the widows won’t have to look far for customers,” the park team explains. “In fact, Virunga National Park will be their first customer.”

Apart from mending old uniforms and sewing new ones, the women also make table napkins and other products to sell at market. Similar projects are planned to support another three dozen Virunga ranger widows living near the park’s other sectors.

The project is supported by Geo Rainforest Conservation and Rain Forest Rescue.

To learn more about the sewing collective, see the website link.