Home>Articles>Making Africa's maps: The app with a mission that invites everyone to join
By AT editor - 18 December 2016 at 8:05 am 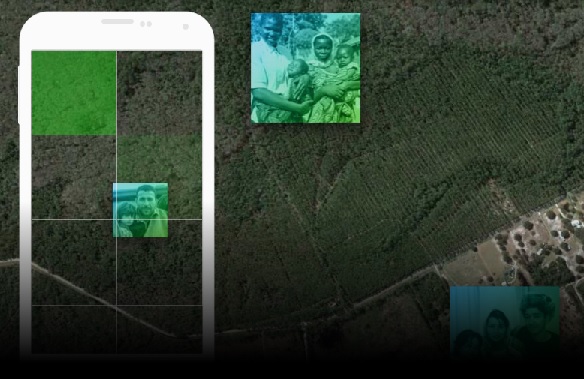 The adoption rate for smartphones across the African continent has swelled to 226 million phones, and that’s expected to nearly triple by 2020. The GSMA, a British industry organization for mobile operators across the world, says much of that is in the advanced markets of Egypt, Nigeria and South Africa – but that’s changing fast in Cameroon, DR Congo and elsewhere.

With all of the data on mobile money and remittances, social media patterns, gaming and streaming services, it’s easy to understand how citizen cartography might not be atop the list of what one thinks people use all that connectivity for. But that’s not the case at the Missing Maps organization, where tech-savvy Africans can help humanitarian groups better serve communities at home and abroad.

The concept is pretty simple: Much of the world, including swaths of sub-Saharan Africa, is not yet mapped in detail by Google or other commercial services. That means that NGOs like Médecins Sans Frontières have a harder time when responding to a medical or humanitarian crisis, such as the yellow fever outbreak in Kinshasa.

It’s even true of government agencies and local partners who aren’t as familiar with the remote rural regions of their countries, or even some urban neighborhoods. So Missing Maps, in collaboration with a group of NGOs, launched in 2014 a global project that recruits volunteers to help map places like Dzivarasekwa in Harare’s North District in Zimbabwe, or Ushirombo in Tanzania.

Local partners are on the ground, but much of their mapping help is done by groups from Europe to South America who – using OpenStreetMap – volunteer to create the maps for humanitarian groups.

It doesn’t take expert-level skills to make basic maps, which is a lot like an easily learned game with a lifesaving purpose. Once volunteers make their contributions, the cartography is enhanced by the professionals who use them.

A mapping app that makes a difference

New this year is the MapSwipe app, which gives anyone with a smartphone the opportunity to help plat the buildings, roads and landmarks of vulnerable communities in a specific grid location identified by satellite. Users choose an assignment, and phone taps identify any feature that ultimately makes crisis or disaster response easier. It’s easy to work offline, too, after downloading map grid sections, when you have to consider costs or connectivity access.

Lead designer Sadok Cervantes recently told CityLab that the idea was “to make the mapping as easy and intuitive as possible so people didn’t think of the app as a chore, but rather as a fun activity, something they could do anytime, anywhere.” So if someone is waiting at the airport in Lagos, or in a doctor’s office in Kigali, they can work on maps almost as if they were puzzles or a favorite game app.

Working together, the global volunteers are making a difference. Groups in Spain and France have volunteer mapping events scheduled this week, and people in Australia and the United States have Missing Maps events booked in January.

What exactly are they doing? The South Kivu province in DR Congo was completely mapped by 1,608 volunteers, while other projects focused on conflict in Mali, water access in Zimbabwe, refugee nutrition issues in Chad or women’s health issues in Guinea. They’re matched by local teams who refine the data with an eye on public health in Cyahinda, near the Rwanda-Burundi border, or with a mission to reduce the high risk of residential fires in Khayelitsha, a community in the Western Cape of South Africa.

Mapping for sustainability and resilience, as well as crisis

In Sierra Leone, as Financial Times reported this week, the 2014 Ebola outbreak made clear what epidemiology has known since the 19th century: Maps matter in identifying and containing an epidemic.

Was the outbreak exploding in a city or in small villages? Was it coming from the direction of the border or from deep in the forest? If people are too ill to tell us, how do we know where they’re coming from?

The Missing Maps emphasis is on having reliable data about people and places at the fingertips before a disease outbreak or natural disaster strikes, but it’s also useful in real-time response when a natural disaster like flooding or an earthquake happens. The immediate rescue scenarios are fluid, and rapid updates help protect lives and property while ensuring that resources are deployed in ways that work.

Knowing that there is a bridge can be crucial; knowing that the bridge is gone can be just as important. Mapping remains valuable in recovery phases too, and can help shape decisions about rebuilding for the future, or realigning policies and strategies to better deliver a rapid medical response like vaccinations.

The maps help in remote communities, where there are no street names or road signs or house numbers, and local expertise is critical to cartography success. Yet it’s in the context of climate change that the mapping of African cities delivers data – housing quality and construction, for example – that leads to better resilience and urban risk-reduction strategies.

The Missing Maps project volunteers, and the MapSwipe app users, are filling in gaps with information that will help to achieve sustainable development goals. Want to join them? See these links to learn more about Missing Maps, or to download the app.