Home>News>Mohamud welcomes Somali-American Ilhan Omar to Mogadishu
By AT editor - 20 December 2016 at 11:11 pm 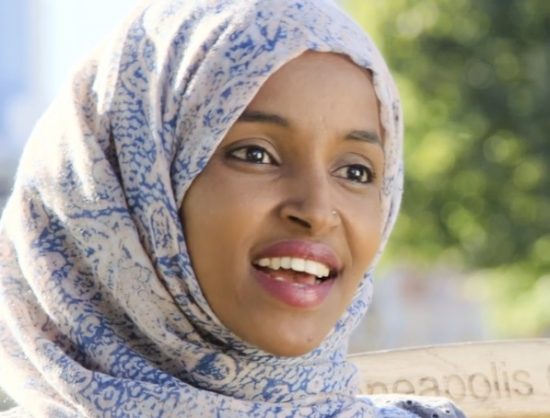 The Somali American left as a child and lived for years in the Dadaab refugee camp in Kenya before moving to the United States in 1997. She is the first Somali-American woman to become a lawmaker in the U.S., where she will serve as a Minnesota state representative.

Omar lives in the city of Minneapolis, which is home to the greatest concentration of Somali immigrants in the United States. Minneapolis-St. Paul also has a large Oromo population, among significant communities coming from Ethiopia, Kenya and other nations. Omar, serving as Director of Policy Initiatives at Women Organizing Women, has a long history of public service and other achievements within the community.

She praised Somalia for its embrace of women in leadership roles during her meeting, specifically noting the 30 percent benchmark for female members in the country’s new parliament.

Mohamud and Omar discussed the 2016 elections, the political climate and the upcoming vote for president in which he is a candidate, local media reported.

Somalia’s complicated election process has seen frequent and frustrating delays, as voting for the parliamentary houses must be completed before those members in turn select a president.

The National Leadership Forum, which includes incumbent Mohamud, has set a new date of December 28 for the presidential election.