Home>Articles>Tanzania says it will back Kenyan in race for AU Commission chair
By AT editor - 20 December 2016 at 7:26 am 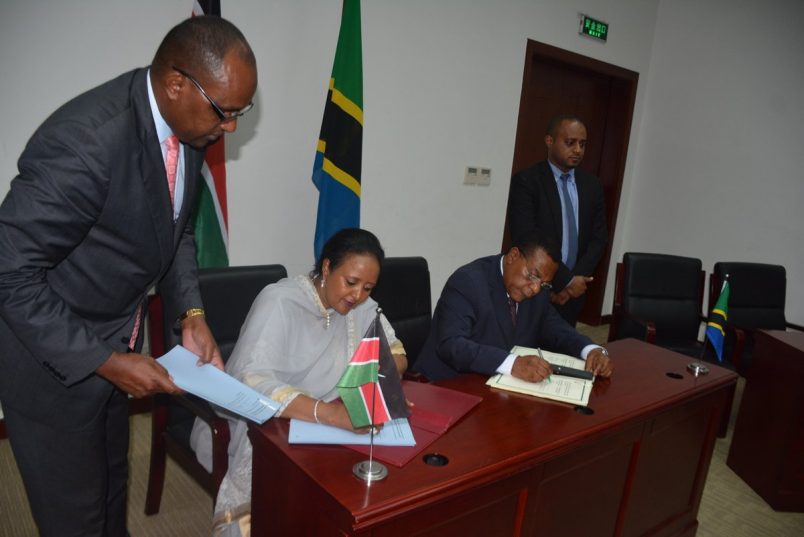 Tanzania says it will back Kenyan candidate Amina Mohamed for the post of African Union (AU) Commission chairperson, a move that breaks from the expected support of the Southern African Development Community (SADC), of which Tanzania is a member, for candidate Pelonomi Venson-Moitoi, the foreign minister of Botswana.

The Daily Nation in Nairobi reported Monday that Tanzania’s Minister of Foreign Affairs Augustine Mahiga confirmed the decision, which aligns with that of Uganda, Rwanda and Burundi in support of Mohamed, the Kenyan foreign affairs secretary and ambassador. The two met last week on bilateral cooperation in Dar es Salaam.

The process to replace outgoing chair Nkosazana Dlamini-Zuma continues after AU member states voting in July failed to deliver a clear choice. Venson-Moitoi received the most votes among candidates, but not enough for the two-thirds majority needed.

All five candidates appeared in a televised debate earlier this month in Addis Ababa, a historic first that signals an AU understanding that it needs to connect with the citizens themselves on the issues.

Venson-Moitoi performed well during that debate, notably in providing detailed and action-oriented answers to several questions – on mobility and transportation, on peacemaking – when compared with some of the other responses. In addition to Mohamed, the other candidates include Moussa Faki Mahamat of Chad, Mba Mokuy of Equatorial Guinea, and Senegal’s Abdoulaye Bathily.

The role traditionally alternates between a Francophone and Anglophone nation’s candidate, which would give the ECOWAS-supported West African candidates the edge as regional divisions persist, despite Tanzania’s decision.

For her part, Dlamini-Zuma is expected to run for president of South Africa in 2019 when Jacob Zuma, her former husband, steps down. It was in Durban on Monday that the departing AU Commission chair delivered an address that looked at continental achievements as well as future goals.

A link to the entire AU candidate debate can be found here.