Home>News>#Tunisian wanted in truck terror attack on Berlin Christmas market
By AT editor - 21 December 2016 at 8:09 pm 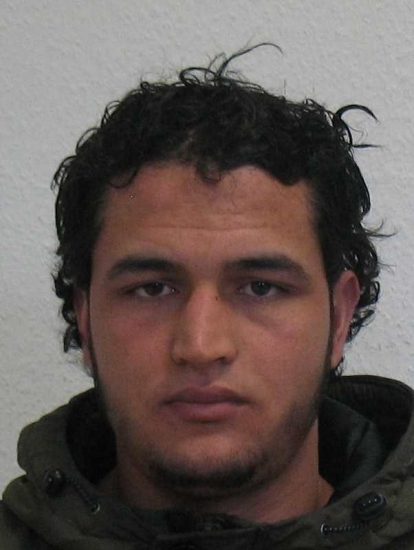 German authorities are offering a reward up to €100,000 for information leading to the arrest of a 24-year-old Tunisian identified as a suspect in Monday’s attack on an outdoor Christmas market in Berlin.

The suspect, Anis Amri, was born in Tunisia and arrived in Germany in 2015. Authorities say they believe he uses different identities; Der Spiegel reports that he was known to security agencies and believed to be in contact with extremist groups including Islamic State. He had been denied asylum but remained in the country temporarily, while confirmation of his citizenship was delayed by Tunisian officials.

Tunisian media report that Amri’s father has confirmed that his son left the North African country illegally seven years ago and went to Italy.

The search for Amri has spread across Europe, where a European arrest warrant, applied through the European Union, has been issued by German authorities. The warrant documents said that Amri also has claimed Egyptian and Lebanese citizenship among his various identities.

German officials shifted focus after Amri’s documents were found in the truck used in the attack on the Breitscheidplatz, although the investigation initially centered on a different individual from Pakistan.

The tractor trailer used in the attack was operated by a company in Poland whose driver was shot and found dead in the passenger seat. It was hijacked before the attacker intentionally plowed into the holiday crowds gathered at one of Berlin’s traditional Christmas markets. Police say the Polish driver was still alive during the attack and died from the gunshot wound after emergency workers had arrives.

Twelve people died in the attack, including the driver, while an additional 48 were injured.