Home>LEADERS & COMPANIES>Kenyatta welcomes return of #Volkswagen production to Kenya
By AT editor - 22 December 2016 at 6:22 am 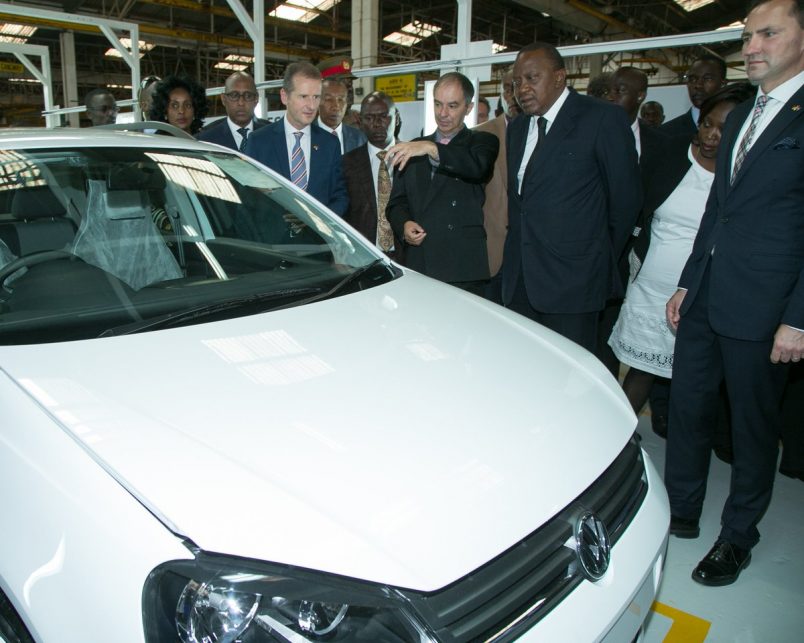 Kenyan President Uhuru Kenyatta was on hand as the first Volkswagen Polo Vivo rolled off of Volkswagen’s production line in Thika on Wednesday, marking the return of VW to Kenya after nearly four decades.

“A few months ago, this was only a dream,” Kenyatta said in a statement. “Now Volkswagen’s investment in Kenya has become reality. This is further proof of my government’s determination to strengthen the production location of Nairobi and to forge ahead with the industrialization of the nation.”

The production plant near Nairobi will produce up to 1,000 vehicles in its initial phase. The company said that long range plans anticipate up to 5,000 units per year will be built in Kenya.

The joint project with DT Dobie opens up production at the third VW plant in Africa, joining facilities in South Africa and Nigeria. The company also recently announced plans to open a facility in Algeria.

“After over 60 years of Volkswagen vehicle production in South and North Africa, I am delighted to now have a further site in Kenya,” said Volkswagen CEO Herbert Diess, who joined Kenyatta for the ceremonies at the Thika plant. “We will systematically continue to develop our position in the fast-growing African car market.”

The re-entry into Kenya, where the vintage Beetle was manufactured until 1977, will be supported by financing partnerships with local banks, and maintenance and service providers.