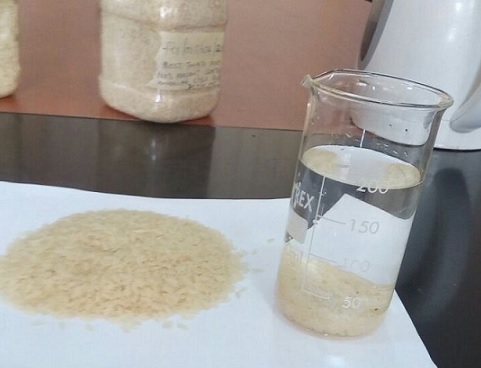 Nigeria’s Minister of Public Health said Thursday that alarm over “fake rice” seized in Lagos may be unfounded and the public should remain calm until a complete report is issued.

Isaac Adewole, head of the public health agency, said that after preliminary tests, the rice appears normal and there is no evidence backing claims that it is fake or plastic. Nigeria’s National Agency for Food and Drug Administration and Control (NAFDAC) will continue to evaluate the seized rice and release results to the public, he said.

A shipment of 2.5 tons of the rice was seized by customs officials concerned that it was actually made of plastic – a rumor that Ghanaian officials tried to put to rest last week, as have officials in other African countries, Asia and the Caribbean islands.

In November, NAFDAC and Nigeria Customs Services announced they’d be searching for evidence of the plastic rice as part of an overall strategy of better control over imports, particularly through neighboring Benin. Agency spokesmen said then that while they have discovered rice that fails to meet health and toxicity standards, the Nigerian agencies have never found the plastic rice said to be from China.

Rumors about fabricated rice have circulated periodically on social media for the past six years in nations including Indonesia, where tests on rice seized by police in 2015 showed the claims were a hoax.