Home>News>South African activists call for support of #Senegal in dispute over UNSC Israel vote
By AT editor - 26 December 2016 at 7:39 pm 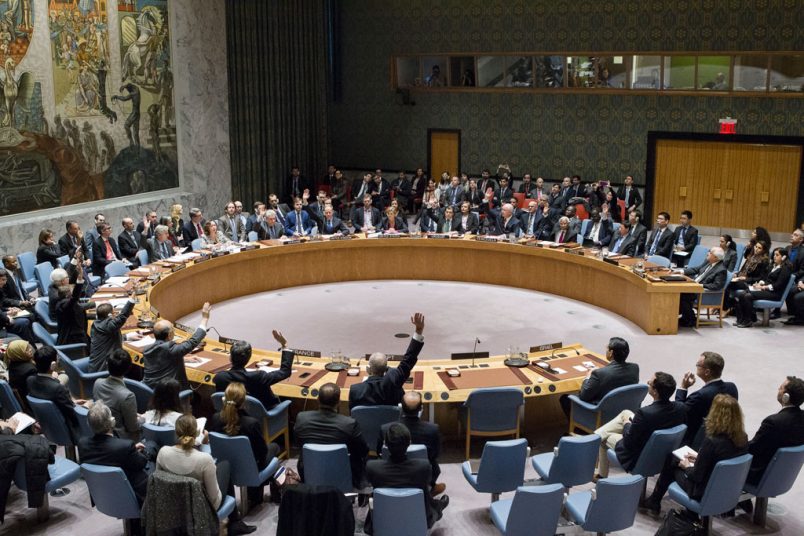 The Palestinian Solidarity Campaign (PSC) of South Africa has called for the immediate recall of the nation’s ambassador to Israel, a move the organization said will demonstrate support for the West African nation of Senegal amid the consequences of its United Nations Security Council resolution vote Friday.

The 14-0 vote at the UNSC, with the United States abstaining, upholds the recognition of the 1967 borders, and reiterates that illegal settlements in Palestinian territory are a barrier to a two-state solution and the negotiation of a meaningful peace process between Israel and Palestinian leaders.

The PSC statement follows Israel’s decision to withdraw its ambassador from Senegal, and block aid that supports agricultural programs there.

“Although Israel received no support from any UNSC member‚ it responded in typical bullying style‚ reserving its greatest opprobrium for Senegal‚ one of four co-sponsors of the resolution,” the PSC said. “The Egyptian junta‚ the original sponsor‚ shamefully withdrew its draft after General Sisi received a call from Donald Trump.”

The PSC added that Israeli aid to African states is a matter of “opportunistic leverage,” made clear by the threat of its immediate withdrawal in Senegal. It called on South Africa to lead the way among African Union member states to condemn Israel’s decision and work to limit Israel’s influence on the continent.

Senegalese leaders again defended their stance on the UNSC resolution Monday, although spokesman Seydou Gueye said Senegal has not received official word that Israeli aid funding has been cut off. Israel subsequently announced Monday it was limiting diplomatic ties with Egypt and Angola, among other nations that voted for the resolution.

The successful resolution was welcomed by outgoing UN Secretary General Ban Ki-Moon, who hailed it as a significant step in moving toward peace negotiations and demonstrating “the Council’s much needed leadership and the international community’s collective efforts to reconfirm that the vision of two States is still achievable.”