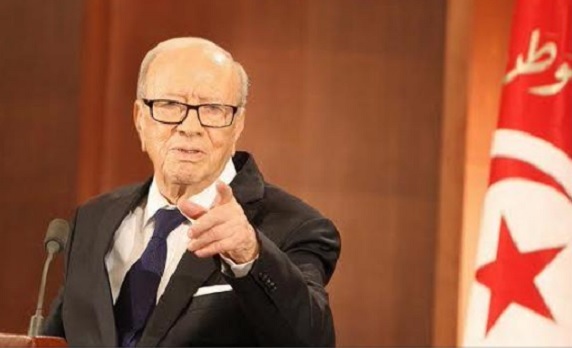 The president of Tunisia, speaking during a Sunday New Year’s address, said that his government suspects Israel is behind the December 15 assassination of a Hamas aviation engineer in Sfax.

The statement by President Beji Caid Essebsi was the most public acknowledgement, at the highest level of Tunisian government, that Israel is believed to be behind the death of Mohammed Zawahri, according to Israeli media accounts.

Initially, a Tunisian government spokesman said there was no indication that Israeli security agents were behind the assassination, according to Tunisian media outlet LaPresse.

Yet Hamas immediately issued a statement that accused Israel of being behind the killing. Zawahri, the group said, was a 10-year member of the Hamas military wing and built drones used in conflicts with Israel. Both Hamas and Hezbollah have claimed that Israel’s Mossad is responsible for the assassination.

At least 10 people were arrested in an ongoing investigation, one that includes Tunisian nationals and additional suspects who engaged Zawahri while working as media professionals, in what Tunisian officials described as a detailed plot that included two different teams.

News of Zawahri’s death sparked protests and a sense of political crisis in the immediate aftermath of the attack. Tunisian officials said the incident compromised national sovereignty and threatened the country’s stability.

The assassination has prompted officials to create a new national intelligence strategy to better coordinate information and monitor the work of foreign media in the country – a decision prompted by outcry after an Israeli journalist entered Tunisia with a German passport and reported for an Israeli news outlet  from Zawahri’s home.