Home>News>#Burundi: UN expresses concern over ITEKA ban, stricter NGO controls
By AT editor - 4 January 2017 at 3:59 am 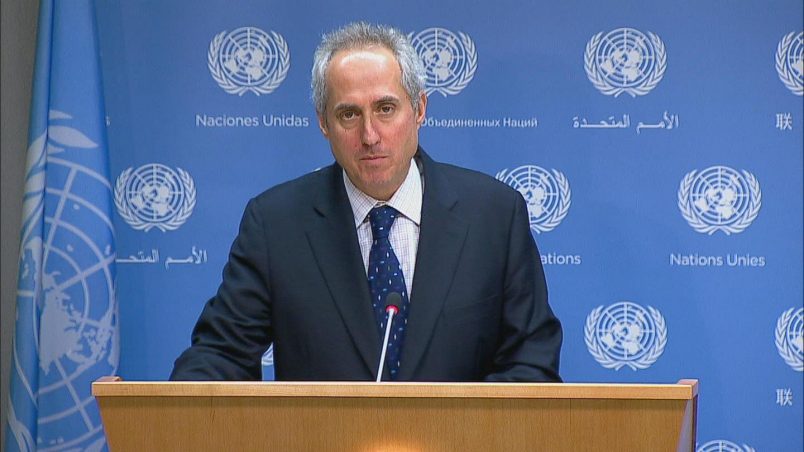 Burundi’s decision to shut down the activities of ITEKA, a respected human rights organization active for the last 25 years, has added to the mounting concern over escalating violence and repression under President Pierre Nkurunziza, who recently floated the possibility that he might seek a fourth term.

An order that banned ITEKA last month was made public Tuesday. Interior Minister Pascal Barandagiye said the organization has tarnished the image of Burundi and “sows hatred and division within the Burundian community.”

The minister used precisely the same language in October, when he announced that Burundi had withdrawn permits for the Association for the Protection of Human Rights and Detained Persons (APRODH), led by award-winning activist Pierre Claver Mbonimpa, and four other organizations.

Burundi recently passed a long-expected measure that places tight controls on international NGOs, in part because Nkurunziza blames them for inciting opposition against him.

“We, obviously, deeply regret the decision by the National Assembly of Burundi to adopt a law restricting activities of international non‑governmental organizations, including the imposition of registration and reporting requirements, as well as limitations on the ability of such organizations to hire and pay staff,” said Stéphane Dujarric, spokesman for UN Secretary-General António Guterres, during a press briefing Tuesday.

“We’re concerned that the enactment of this law could impede or even threaten the continued free operation of important organizations that are working to assist the Burundian people.”

That concern extends to ITEKA and “the need for civil society and NGOs to operate freely,” Dujarric said.

As with APRODH, the ITEKA organization cooperated with international human rights organizations investigating reports of torture, death and other violations in Burundi since Nkurunziza’s 2015 decision to seek a third term in violation of the nation’s constitution.

ITEKA cooperated with International Federation for Human Rights (FIDH), a group that has incurred the wrath of Burundi leaders because its investigation has warned of genocide in the East African nation.

The UN High Commission on Refugees verified 564 executions through August, according to a United Nations Independent Investigation in Burundi report that noted the number “is clearly a conservative estimate.”  There are nearly 400,000 refugees and internally displaced people fleeing conflict, the report said.