Home>News>Ethiopia sentences radio journalists under anti-terrorism laws
By AT editor - 4 January 2017 at 7:14 am 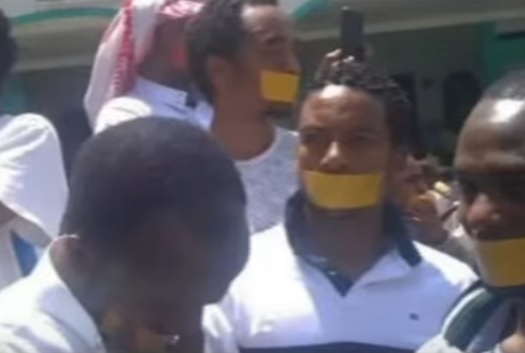 The former will serve five years and six months, while the latter, because of a health condition, will serve for four years and five months, the court determined.

The two radio journalists were arrested together in February 2015 after they were taken from their work at Radio Bilal for questioning by police. Six months later, they were charged along with 18 other defendants under an Ethiopian anti-terrorism law.

The Committee to Protect Journalists said that the 20 were accused of “inciting extremist ideology and planning to overthrow the government and replace it with an Islamic government,” according to local news accounts and court documents reviewed by the CPJ.

The Radio Bilal journalists covered protests in 2012 as the Ethiopian Muslim community stood against government interference in their religious affairs, including the closing of the country’s only Muslim college on the grounds that it was training Islamic radicals.

Both journalists were previously held without charge for five months in 2013, then released without an explanation although coverage of Muslim protests was believed to be the reason.

“Ethiopian authorities have since sought to silence the demonstrations by arresting protesters, community leaders, and independent reporters, and by shutting down news outlets,” the CPJ said.

All 20 in the group were in court Tuesday, responding with cries of “let our voices be heard” as their sentences were read. The slogan reflects the social media activism organized under the same name during the 2011 protests and subsequent arrests.