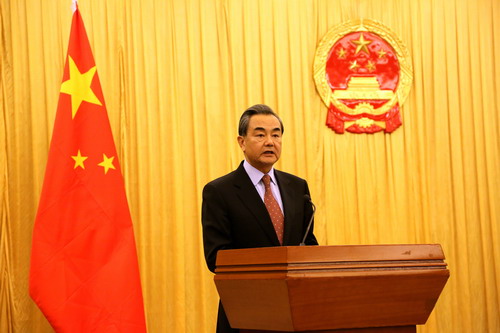 “Relations with developing countries, including in Africa, is the bedrock of Chinese diplomacy,” spokesman Geng Shuang told Xinhua. “Chinese foreign ministers have visited Africa during their first foreign trips each year over the past two decades. The practice has become a much treasured diplomatic tradition for China.”

Wang will focus on implementation of agreements reached between President Xi Jinping and leaders of the African countries during the 2015 Forum on China-Africa Cooperation (FOCAC) in Johannesburg.

At the 2015 summit, Chinese President Xi Jinping pledged a USD$60 billion economic package that essentially tripled China’s commitment in Africa. As of last July, China and Africa had signed 245 various cooperation agreements worth a total of $50 billion. The opening of the Addis Ababa-Djibouti railway represents one of China’s early partnership successes, the foreign ministry spokesman said.

Part of the overall package included an additional $5 billion to double the initial size of the China Africa Development Fund. The investment fund managed by the China Development Bank has invested $4 billion in Africa since 2007, a fund executive said in December.