Home>African Future>Ethiopia's #Yegna: A cautionary tale of a 'new normal' for foreign aid?
By Laureen Fagan - 8 January 2017 at 7:56 am 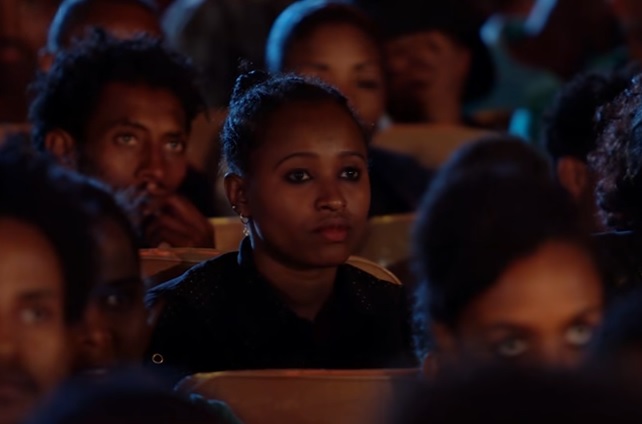 When Teref Kassahun was interviewed by LeMonde Afrique in June, the member of the popular all-female Ethiopian music group “Yegna” shared an observation that the rest of the world likely never sees.

“Most of them knew only our voices,” Kassahun said, describing a tour of Ethiopian villages where she learned that the girls that Yegna specifically was created to reach knew all the words to their music.

“Some girls have walked for hours to see us,” Kassahun said.

It wasn’t just the girls, but their mothers (and brothers too) who embraced the positive message about girls and women at the core of Yegna’s mission. As Kassahun said, mistaking them for the 1990s-era Spice Girls is to misunderstand their “branding” role in breaking traditions and taboos and creating space for change.

Yegna’s on the radar now because the British government has decided to pull the remainder of a £5.2million grant, awarded in 2015, that would have extended support for the project into 2018. The Department for International Development funding helped to launch the project in 2013, as part of its partnership with the Nike Foundation to support the overall Girl Effect project in the developing world.

The funding decision followed British media coverage that framed Yegna’s mission as frivolous, and in the more frugal climate of post-Brexit Britain under conservative leadership, the negative messages about aid resonated with some British MPs and the more nationalistic segments of their constituencies.

“The project is no doubt well intentioned but this is not the sort of spending my constituents expect our aid budget to go on,” Tory MP David Nuttall told The Guardian. “At a time when domestic services are cut back to help balance the books, taxpayers cannot understand how we can spend money on projects like this whilst there are so many pressures on spending at home.”

Investing in girls, changing the culture

That may well be true, since Yegna’s very existence flies in the face of traditional understandings of “development aid,” or even what that will look like in a future fraught with conflict and complexities. But beneath the seemingly common sense, straight-forward conclusion that Nuttall offers about “the sort of spending” that the Yegna project represents are assumptions about foreign aid and its future.

For their part, a Girl Effect statement issued on Friday clearly defines why this investment was different. “Traditionally, development solutions that address poverty focus on supply-side services – like schools or health clinics – things that we can see and touch,” the organization said. “But all too often we treat the symptoms of poverty and overlook the cause.”

Girls and women hold the keys to ending poverty and creating a sustainable and socially just planet. Yet the commitment to educating girls, or improving their access to everything from health care to credit to legal protections, doesn’t happen in a vacuum – and Yegna’s mission was to accelerate cultural change. The message of unity, for women and for Ethiopia, is powerful in a nation now living under an extended state of emergency.

The “girl band” reached 90 percent of Ethiopians in Addis Ababa and 8.5 million people in the Amhara region, with positive music that addressed everything from the importance of friendship and support in dealing with issues like domestic violence, to the dangers of migration, to messages about gender equality and respect.

“Our unique approach fills the gap of what is often unseen, to unlock a New Normal for girls,” the Girl Effect team explains. “When the New Normal takes hold, girls become visible, vocal, connected and valued and are given the tools they need to become agents of change, not just recipients of aid.”

Fears for the future of foreign aid

Supporters say it works, and the organization has launched the girl-focused but communitywide Ni Nyampinga in Rwanda, and Girls Connect in Nigeria, using technology and multimedia strategies.

These are intangible investments in the future, and not the traditional NGO delivery trucks laden with sacks of rice, shoes, malaria nets and immunization kits. So it doesn’t look like “foreign aid” to many British who, amid their political and economic upheaval of the historic moment, won’t pay the bills.

The problem is that it isn’t just the British, and the Girl Effect’s “new normal” isn’t the only one that has arrived. From the U.K. to other European Union member nations to the United States, the shift right comes with a pull away from global citizenship priorities – and a protectionism that puts foreign aid on the table.

Much of the rhetoric, and now the transition to American president-elect Donald Trump too, suggests real uncertainty on climate finance, USAID funding, and other global commitments. As with the British, there are promises to meet humanitarian needs but not necessarily as more broadly defined.

Worthy though it may be, Yegna became a scapegoat for precisely the sentiment Nuttall described. It’s true that U.K. core economic issues are painfully real, although less clear how cutting a foreign aid program directly impacts the domestic budget.

Yet in an era of global commitments to build a sustainable future in the face of climate change, to reduce conflict and to advance the gains made on global poverty, Yegna – as, ironically, with its own mission – may end up carrying more gravitas than any superficial reading may have given it.

Which it will, if we look back and realize it was among the first commitments lost to the “new normal.”

Ghana must not falter in fight against illegal tobacco trade