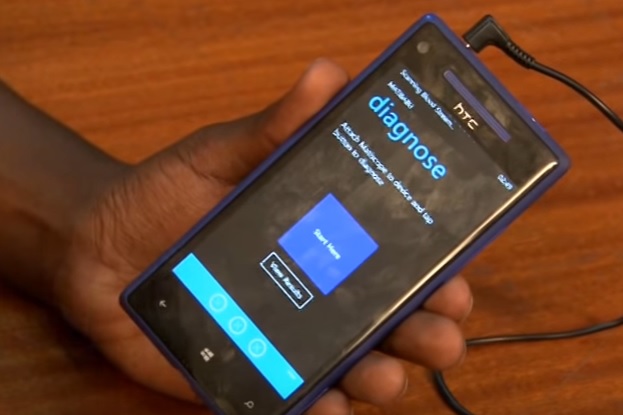 Matibabu, the startup launched by computer science students trained at Makerere University in Uganda, headed to the United States and this year’s Consumer Electronics Show (CES) with a project they hope will revolutionize malaria testing and diagnosis.

The Matibabu team at CES 2017 was invited to compete in the TechCrunch Hardware Battlefield competition at the show, and while they came up a little short for the win – that went to Siren Care – the Ugandan entrepreneurs had the opportunity to present how their phone app is used for blood tests that have always required needles and blood draws in the past.

Instead, Matibabu developed a solution that uses light and magnetics to analyze red blood cells, in ways similar to pulsoximetry. When a person’s finger is “scanned” with a matiscope connected to a mobile device, the rapid test reads for the signs of malaria infection. 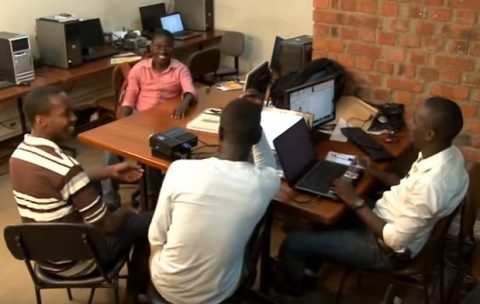 The results are available in a fraction of the time, and easily shared with medical professionals. The Matibabu project – driven by Josiah Kavuma, Simon Lubambo, Joshua Businge and Brian Gitta – has now achieved about 80 percent accuracy as it continues in beta testing to refine the tech for the health care marketplace.

The project has received lots of attention, with funding support approved by Ugandan President Yoweri Museveni, successful tech startup competition awards, and medical device industry support. Yet the origins of the idea are less theoretical “eureka moment” than practically inspired: Gitta himself was diagnosed with malaria.

“I hated the needles and kept thinking of ways people could be diagnosed without pain,” he said.

To learn more, see the Venture Capital For Africa link.