Home>Finance & Economics>China plans $40 billion in Nigerian investments; One China policy reaffirmed
By AT editor - 12 January 2017 at 6:05 am 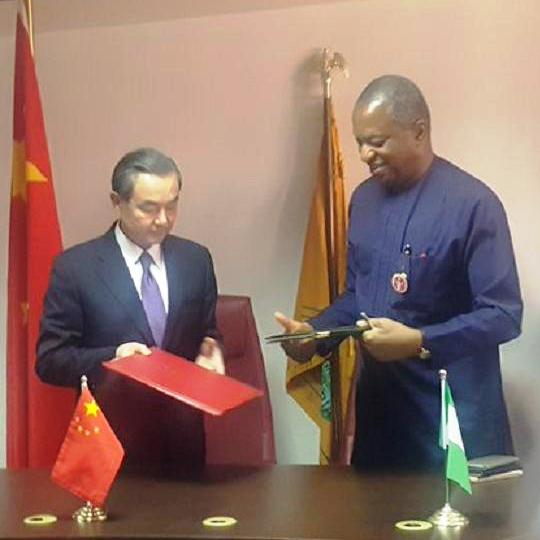 Nigeria is the latest African nation to assure Beijing that it will adhere to the “One China” policy, as its government announced it has shut down Taiwan’s office in the Abuja capital as new Chinese investment deals are negotiated.

Nigeria’s Foreign Affairs Minister Geoffrey Onyeama, speaking at a press conference on Wednesday, said Taiwan’s trade mission will continue but it is relocated to Lagos with limited staffing.

Chinese news agency Xinhua said the confirmation to limit Taiwan’s presence came as Chinese Foreign Minister Wang Yi paid a visit to Nigeria. Wang is completing a diplomatic tour of five African nations, focused on implementation of agreements reached between President Xi Jinping and leaders of the African countries during the 2015 Forum on China-Africa Cooperation (FOCAC) in Johannesburg.

Nigeria’s affirmation of One China policy is not new, but it comes as the Chinese seek the assurances of global leaders to maintain it and align with the view that Taiwan is not a nation recognized by the international community.

Zambia also reaffirmed its One China support this week. Wang’s visits also included Tanzania, where China is the nation’s largest trading partner, and Madagascar, where he invited African nations to join in the “Belt and Road” construction and praised the progress already made in eastern African nations.

In December, Sao Tome and Principe renewed ties with China after turning away from Taiwan. A recent breach of the policy has led to a political dispute in South Africa, where Tshwane Mayor Solly Msimanga is under fire after paying a visit to Taipei at the invitation of the city’s mayor.