Home>News>UN Security Council focuses on Kabila, DR Congo agreement status
By AT editor - 12 January 2017 at 4:41 am 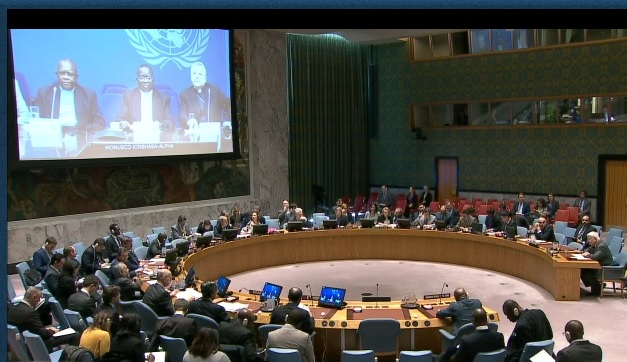 Hervé Ladsous, head of the United Nations peacekeeping operations, has warned that any progress on the political crisis in the Democratic Republic of Congo (DRC) risks a reversal if the deal isn’t signed and implemented by all parties.

Speaking to the 15-member United Nations Security Council on Wednesday, Ladsous said the December 31 accord “gives hope for a peaceful resolution of the political impasse.”

That deal was facilitated by the successful mediation of Roman Catholic bishops of the nation’s National Episcopal Conference (CENCO), a cultural pillar in the Democratic Republic of Congo, and Archbishop Marcel Utembi also participated in the Security Council meeting from Kinshasa.

Yet the failure of all parties to sign the agreement has stalled momentum on establishing a transitional government, agreed to by Kabila’s negotiating team, and main opposition leader Etienne Tshisekedi and the majority Rassemblement coalition, who insist that President Joseph Kabila step down now that his constitutionally established terms have expired.

Kabila has not publicly endorsed the agreement, though he has been urged to do so. Ladsous warns that delays in a transitional government and the move toward elections may risk a renewed political crisis and increased violence in the country.

“Regional and international actors should maintain strong support for the implementation of the accord and the holding of elections, as soon as feasible,” Ladsous said.

The Congolese have experienced violent clashes and increasing suppression of activists and journalists, including December deaths in Kinshasa as Kabila’s term expired and he remained in office.

A video of the UN Security Council meeting is available at this link.