Home>Health>#Harare fights typhoid outbreak, vows to enforce street vendor ban
By AT editor - 13 January 2017 at 7:33 am 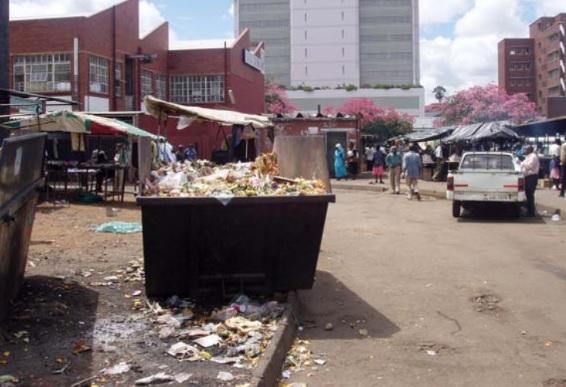 The City of Harare said it will begin enforcing a ban on street vendors selling food in order to curb the spread of a typhoid outbreak, but so far there has been little interruption according to local media.

“A 48 hour notice was issued on Tuesday and has since expired,” said Josephine Ncube, the Harare acting town clerk, in a statement released Thursday. “We expect the city’s law abiding residents to heed the call and give us a chance to control the spread of typhoid.”

That may change today, as city officials have said they were finalizing the logistics on enforcing the temporary ban.

The decision was spurred by a typhoid outbreak in which at least two people have died, among 132 cases reported. Harare officials insist they are acting on the public’s behalf by banning street vendors, promising to impound their carts and destroy any fruit, meat, fish and other products that are outside of designated “safe” sites.

“Preliminary investigations have shown that the key drivers of typhoid and any other water borne diseases are issues related to personal hygiene, unregulated vending of foodstuffs such as vegetables, meat, fish (cooked and uncooked) and inadequate water supplies,” Ncube said in a statement.

“There are issues that we can immediately control/regulate to ensure that we contain the spread of typhoid,” she wrote. “One of these is street vending.”

Vendors oppose the move, and some Harare residents are angry that the government is blaming food carts for a public health crisis when it should address trash collection services, and water, sewer and other infrastructure improvements they argue are neglected.

Police and vendors have clashed in the past, most recently in September when police confiscated their goods in an incident that escalated when tear gas was used on protesters throwing rocks at police.

The Human Rights Watch organization spoke out against the 2015 arrest of 16 vendors, who they said were beaten by police who burned their products.