Home>News>The Gambia: No deal with Jammeh as Barrow attends France-Africa Summit
By AT editor - 14 January 2017 at 7:18 am 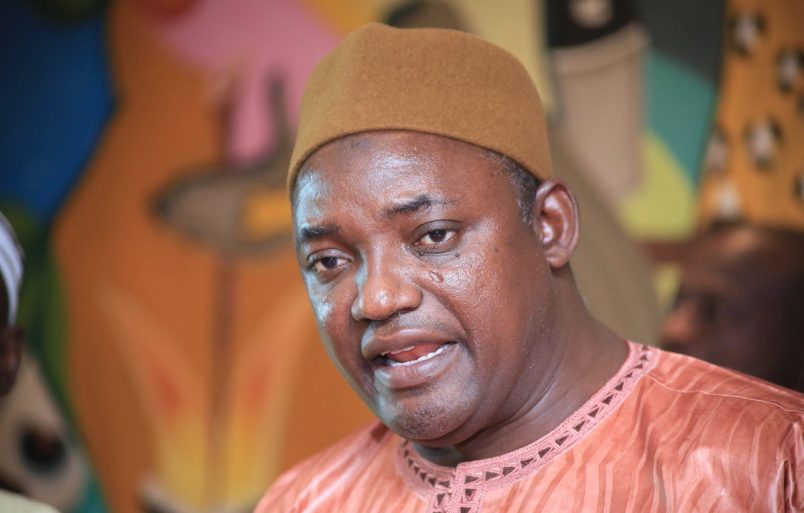 Talks on Friday with outgoing Gambian President Yahya Jammeh again failed to persuade him to step down amid the country’s political crisis, and RFI reports that president-elect Adama Barrow left Banjul to attend the France Africa Summit in Mali.

The two-day summit continues amid tight security today in Bamako, with President Francois Hollande of France meeting with more than 30 African heads of state focused on security and the threat of jihadist extremism.

Barrow is attending the “Bamako Summit for Partnership, Peace and Emergence” alongside Nigerian President Muhammadu Buhari, leader of a delegation of regional heads of state who remain frustrated in their efforts to secure the promise of a peaceful transition of power from Jammeh.

The 22-year ruler of The Gambia has refused to honor the December 1 election results and demands a new vote. Barrow is set to be sworn in on January 19, and with that deadline looming, the ECOWAS mediation team of Buhari, President Ellen Sirleaf of Liberia and former Ghanaian President John Mahama urged Jammeh to move forward.

Jammeh, head of the Alliance for Patriotic Reorientation and Construction (APRC) party, initially conceded the loss but days later announced on state television that the election results were null and void. He has publicly defied the representatives of West Africa’s 15-state ECOWAS community, who say they are prepared for a military intervention if necessary to ensure that Barrow assumes leadership.

In a statement issued Friday, the African Union reiterated its full support for ECOWAS including “the consideration to use all necessary means to ensure the respect of the will of the people of The Gambia.” The AU also said it will not recognize Jammeh as the legitimate head of The Gambia once his term expires next week.

The AU also is joined by the United Nations Security Council, the European Union and United States in insisting that Jammeh step down.