Home>News>The Gambia under emergency order as clock ticks on Jammeh's term
By AT editor - 18 January 2017 at 3:25 am 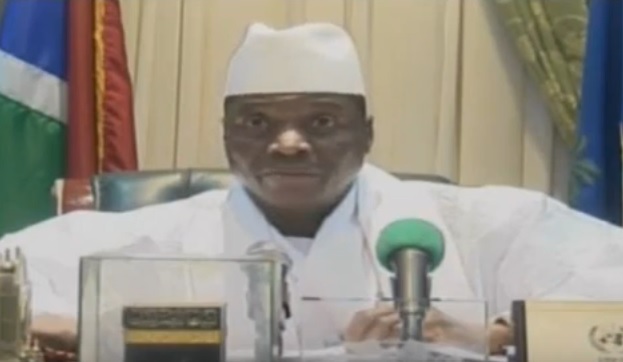 Outgoing president Yahya Jammeh declared a state of emergency in The Gambia on Tuesday, ahead of what was supposed to be his last day in office. The declaration warns all residents of the nation against any violence or disobedience to the state, and fully empowers the Gambian military to maintain order — essentially putting the country on lockdown.

Jammeh has steadfastly refused to step down from office after losing a December election to opposition coalition candidate and president-elect Adama Barrow, whose inauguration is planned for Thursday. Barrow, who has remained in Senegal since the weekend, has said the swearing-in ceremony will go forward as planned.

Jammeh, appearing again on state television, announced the 90-day state of emergency was because of “unprecedented and extraordinary amount of foreign interference in the December 1 presidential elections and also in the internal affairs of The Gambia, and the unwarranted hostile atmosphere threatening the sovereignty, peace, security and stability of the country.”

Jammeh also said that the departure of Independent Electoral Commission chief Alieu Momarr Njai for neighboring Senegal, a betrayal he referred to as “absconding,” complicates his hopes for a legal decision to set aside the original voter results.

The nation’s top judge has recused himself from hearing a new court case. Chief Justice Emmanuel Fagbenle said Jammeh’s legal case must await the arrival of foreign judges who assist in cases in The Gambia.

Previous estimates have said the court cannot convene until at least May, leaving Jammeh again stymied in his attempts to force a new election through legal challenge.

In his announcement, Jammeh said that political leaders have sown fear and confusion that may lead to a breakdown of law and order in The Gambia. Four Gambian ministers, including the foreign minister and trade minister, resigned on Tuesday.

Jammeh drew additional attention when on Sunday, he called Liberian President Ellen Johnson Sirleaf to press for her help in sending judges, and then broadcast the phone call without her knowledge or prior consent. The chair of the regional ECOWAS authority confirmed that Jammeh was indeed speaking to her as she assured him that ECOWAS is committed to resolving the Gambian political crisis.

Yet tensions continued to rise as ECOWAS, a 15-member organization of West African states, moved closer to military intervention to install Barrow. Meanwhile, the president-elect, who won the December election with 43.3 percent of the vote, remained in Dakar for his own safety. As a result, Barrow was unable to attend funeral services for his 8-year-old son Habibu, who died Sunday after a dog attacked.

Barrow returned to Senegal after attending the France-Africa Summit in Mali this weekend, where African heads of state welcomed him. On Friday, the African Union announced that it will no longer recognize Jammeh as the legitimate president of The Gambia beyond Thursday, and reaffirmed AU support for ECOWAS authority in dealing with the Gambian situation.

Two attempts at mediation meetings, one led last week by Nigerian President Muhammadu Buhari and one in December, have failed to persuade Jammeh to honor election results that the dictator of 22 years initially accepted before reversing his position.

Some Gambians are leaving the country amid reports of new arrests and a crackdown on independent media outlets. That may be true of Jammeh as well, as there are multiple reports that his plane is on the tarmac, prepared and ready to go as needed. Morocco and Nigeria have both discussed offering asylum to Jammeh.