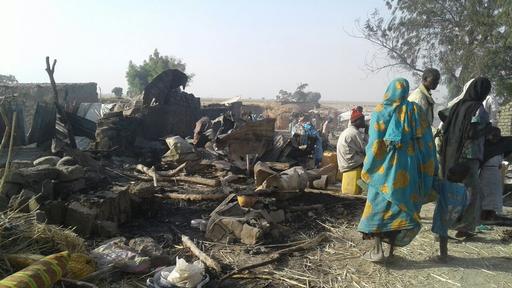 The death toll continues to rise following an incident Tuesday when a Nigerian fighter jet unintentionally bombed a camp for internally displaced people in Rann, near the border of Cameroon in the nation’s far northeast.

At least 90 people were killed in the bombing, according to a Friday update from the Médecins Sans Frontières (MSF/Doctors Without Borders) organization. Witnesses say the death toll may be as high as 170. Most of the victims were women and children present during aid distribution.

“This figure needs to be confirmed,” said Bruno Jochum, MSF general director. “The victims of this horrifying event deserve a transparent account of what happened and the circumstances in which this attack took place. Many of the survivors will need long-term care and support for the future.”

“I sympathize with the families of the dead, and with the injured, and the Government and people of Borno State,” Buhari said. “The Federal Government will fully support the Borno State Government in dealing with the situation and attending to the victims.”

The International Committee of the Red Cross (ICRC) Africa said that six people killed in the attack were members of the Nigerian Red Cross based in Abuja. They were delivering food to Rann, which is home to more than 25,000 displaced refugees, the ICRC said.

The MSF said its medical teams immediately began providing first aid to wounded patients in Rann, where they have a facility. More than 3 million people have been displaced by conflict in the region.

“The population continues to pay the price of a merciless conflict, where the war between Boko Haram and the Nigerian military too often disregards the safety of civilians,” Jochum said.