Home>CUTTING EDGE>'Energy Observer' to set sail on round-the-world journey in February
By AT editor - 24 January 2017 at 10:54 pm 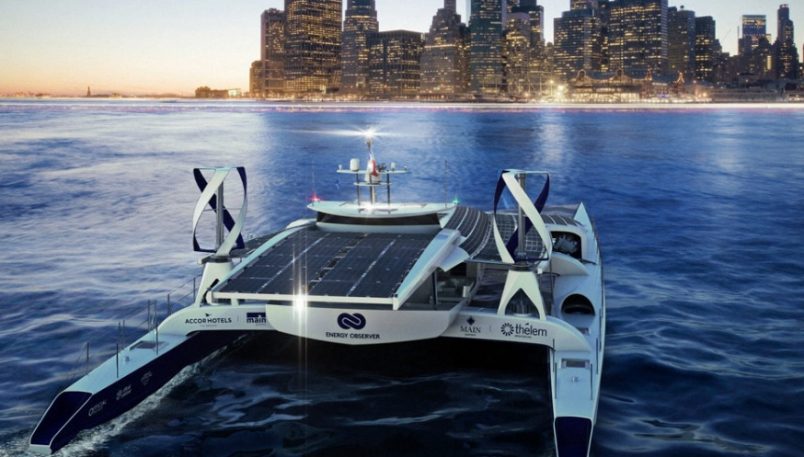 The Energy Observer, a recycled catamaran powered entirely by clean energy, is making final preparations to begin a six-year journey around the world that includes ports in 50 countries.

The world’s first hydrogen ship, supported by UNESCO to test renewable energy solutions in the real world, is based in Saint Malo on France’s Brittany coast. There, a team of about 50 crew members, engineers and architects have been preparing for the February launch of the Energy Observer’s journey.

The €5 million ship is powered by renewable sun and wind, with the backup hydrogen fuel cell system to convert sea water into energy. The original racing boat, built in Canada in 1983, was extended to a length of 30.5 meters for the mission; the catamaran is 12.8 meters wide.

It will make its first stop in Paris, where it will begin its mission to raise awareness and offer education on sustainability, before heading off to other European ports on a route that swings into the Mediterranean Sea. The expedition team is led by Jérôme Delafosse, a passionate reporter and sea explorer known for his documentary work. 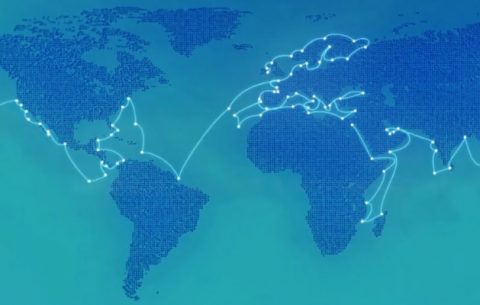 The Energy Observer will visit ports in North Africa, including Egypt, as it heads west to the Atlantic. As the ship completes its global journey, it is slated to visit Madagascar and then East African ports as it heads back toward the Suez Canal and a return to the Mediterranean.

People are invited to follow the boat’s upcoming travels, with updates at @energy_observer on Twitter. There also are lots of resources on the Energy Observer Facebook page.