Home>Finance & Economics>Ethiopia's rail line to Djibouti slated to start service in February
By AT editor - 24 January 2017 at 7:24 am 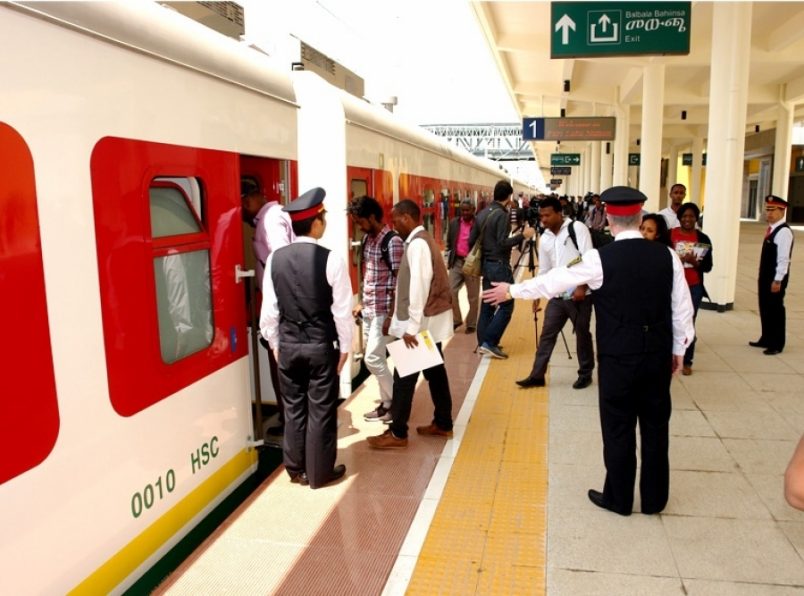 The Ethiopian Railway Corporation (ERC) says that a new rail line between Addis Ababa and Djibouti should be ready to start service in February.

According to FANA Broadcasting, the target dates were provided during a six-month review of the project’s status, presented to Ethiopian legislators.

Getachew Betru, the corporation’s CEO, said the project is nearing completion, including all electrical line installations and access road construction. Test runs conducted during the past three months also are wrapping up.

The railway extends for 752 kilometers, with 656 kilometers in Ethiopia that was officially inaugurated in October.

The Djibouti section was inaugurated two weeks ago.

The electric rail system will cut travel time between Ethiopia’s landlocked capital and the Port of Doraleh, on the Gulf of Aden, from two days to 10 or 12 hours. It is part of an ambitious Ethiopian initiative to build 5,000 kilometers of rail to connect its fast-growing cities and their markets.

That $3 billion vision would make Ethiopia the first sub-Saharan country outside of South Africa to develop a comparable national rail network. The project was built by China Railway Group and the China Civil Engineering Construction Corporation.

It is bankrolled by China’s Export Import Bank, the China Development Bank and other members of a Chinese financial consortium, according to Global Construction Review.

China’s funding of 70 percent of the Addis Ababa-Djibouti line reflects its continued investment and strategic interest in the Horn of Africa.