Home>News>Algeria completes decades-long landmine removal along its borders
By AT editor - 27 January 2017 at 8:44 pm 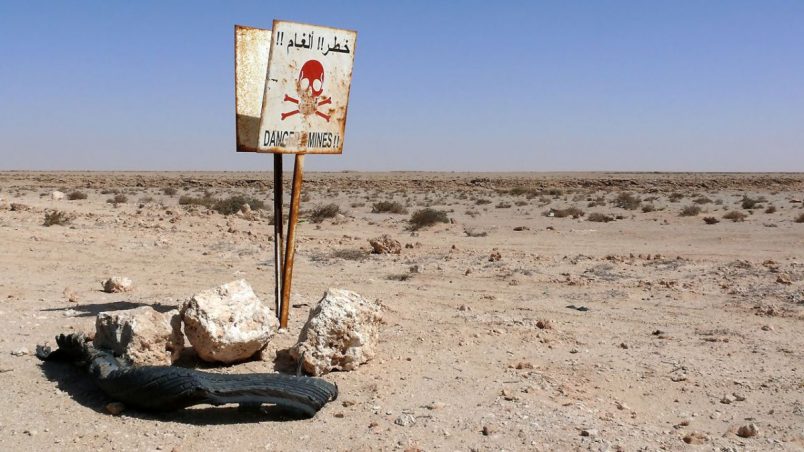 Algeria says it has completed the removal of border landmines, destroying nearly 9 million mines that date to the colonial era.

“The completion of the mine clearance operation crowns over 50 years of constant work on the ground, for the final eradication of mines in our country,” said General Boualem Madi, speaking on behalf of Algeria’s defense ministry at a press conference earlier this week in Algiers.

Madi said the cleared land amounts to more than 62,000 hectares, now returned to productive use and available for development. The decades of mine removal were completed in extremely difficult conditions, notably “weather conditions, remote and hard-to-reach regions, dense forests and disappeared marks of the mines,” he said, according to an English translation provided by Algeria News Service.

The use of land mines is banned under the 1997 Ottawa (Mine Ban) Treaty, although a few countries – Libya among them – have used them in recent years, according to the Landmines in Africa organization. Others have never signed the treaty, although most African nations have.

Yet decades of work has been focused on mines placed during wars in a previous era. The African continent has extensive minefields, with Angola and Chad among the most heavily mined countries.

The latest data from the International Campaign to Ban Landmines (ICBL) notes that Algeria, along with Eritrea, South Sudan and Zimbabwe, were heavily contaminated by landmine placement. Algeria will meet a target deadline for removal that the ICBL said is in April 2017.

In 2015, the ICBL reports, there were 18 people each day who were killed or injured by mines placed across the globe.