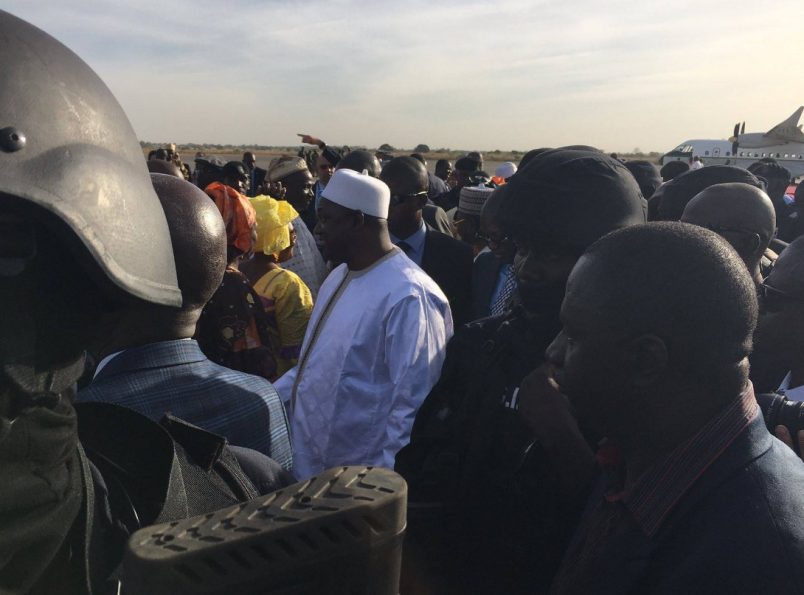 A triumphant Adama Barrow returned to The Gambia on Thursday, after spending nearly two weeks in neighboring Senegal awaiting the departure of outgoing president Yahya Jammeh.

President Barrow was met by a throng of jubilant Gambians welcoming his arrival in Banjul. Barrow, who was sworn in last week at the Gambian embassy in Dakar, was free to return after Jammeh finally left the West African nation at the weekend. His departure ended weeks of Jammeh’s refusal to step down.

“I am a happy man today,” Barrow told The Associated Press. “I think the bad part is finished now.”

With the immediate election crisis behind him – one that had threatened military intervention by the regional ECOWAS authorities, if necessary, to remove Jammeh by force – Barrow was looking ahead to a February 18  inaugural celebration at Independence Stadium in Bakau.

The original plans for a public ceremony in Banjul were postponed when Jammeh, who initially accepted the results of the December 1 election, reversed his decision.

Barrow left the country to attend the France-Africa Summit in Bamako, then headed to Senegal for security reasons and was sworn into office there before returning home.

Now the real work begins, and Barrow said he is eager to tackle the challenges The Gambia faces after 22 years of a repressive regime whose dysfunctions must be met with meaningful social and economic reforms. They include stemming the tide of migration as Gambian youth seek opportunity without fear, leaving The Gambia with one of the highest migration rates in West Africa.

While campaigning, Barrow promised a free and independent media, impartial courts, and an end to the impunity of The Gambia’s military and security forces. Political prisoners of conscience would be released, and government held accountable, he said, in order to move the country forward.

The new president also favors a “truth and reconciliation” commission to deal with the past.